There’s an invasion on the UT Martin campus every April. There’s crawfish and barbeque. There’s the pageantry of the emotional opening ceremony. There are late nights reminiscing with friends. There’s a sellout crowd roaring in excitement, hanging on each and every thrill of the cowboys and cowgirls.

Each spring, thousands of people don their finest Western hats, belt buckles and boots and flock to the Ned McWherter Agricultural Complex to be entertained. The annual UT Martin Spring College Rodeo delivers above and beyond each and every year, and has claimed Ozark Region Rodeo of the Year 12 times in a row.

The rodeo program’s tradition-rich history dates back to 1968. As the 50th annual Spring College Rodeo approaches, the history of the event is as important as ever, especially since the UT Martin program remains the only collegiate rodeo program in Tennessee. In the fall of 1968, a half-dozen ambitious cowboys met with Dr. Niels W. “Doc” Robinson, a faculty member in UT Martin’s School of Agriculture, about sponsoring a rodeo team at UT Martin.

Equipped with a love of horses, a basic knowledge of the sport and $600 from the auction of a Shetland pony, the UT Martin rodeo team hosted its first-ever rodeo on Memorial Day weekend in 1969. UT Martin defeated Middle Tennessee State University, Tennessee Technological University and Austin Peay State University for the inaugural championship, held at J.E. Cantwell’s Golden Sunset Horse Ranch in nearby Greenfield.

The next year, the UT Martin rodeo was moved to the Obion County Fairgrounds in Union City. UT Martin cowboys, faculty members and student volunteers helped build the corral on location from donated materials.

UT Martin joined the National Intercollegiate Rodeo Association in 1973 and also linked up with the Ozark Region, which included 13 schools from eight Southern states. In 1974, UT Martin advanced to the NIRA National Finals, held in Bozeman, Montana, for the first time. That marked the first appearance by a team based east of the Mississippi River in the history of the event. 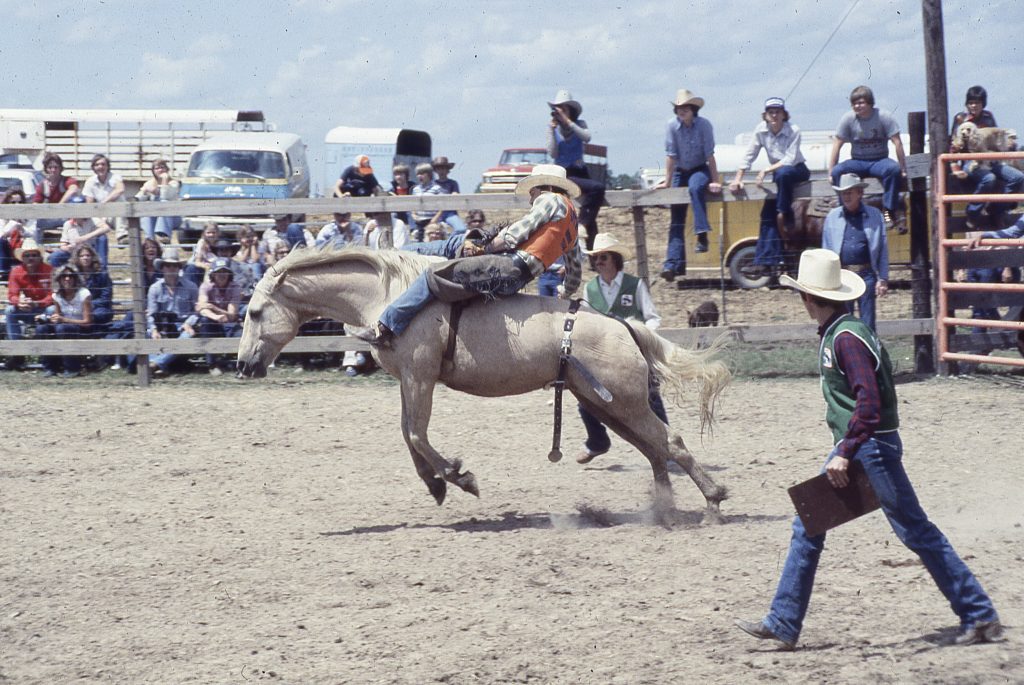 Coleman became the program’s first part-time coach in 1978, just in time for the UT Martin rodeo to be moved to an outdoor arena on the north end of campus one year later.

The newly formed Rodeo Booster Club helped turn the UT Martin rodeo into a multi-day spectacle in 1980, showcasing several events in the week leading up to the rodeo.

George Mesimer (‘84) joined elite company in 1981, bringing home all-around national championship accolades for UT Martin. The 1984 UT Martin rodeo was the inaugural event for the dedication of the West Tennessee Agricultural Pavilion – the first building of its type to be constructed and operated as such in the University of Tennessee System.

Coleman was named UT Martin’s first full-time rodeo coach in 1991 and successfully served in that role until 1997.

The duo of Frank Graves (header) and Bret Gould (heeler) earned the title of national champions in team roping in 1993.

The UT Martin rodeo lost one of its most important members in January 1994 when Robinson passed away. The West Tennessee Agricultural Pavilion was named in his honor, and he was the inaugural member of the UT Martin Rodeo Hall of Fame.

After Mesimer filled in as head coach in the mid-summer of 1996, a national search for a permanent replacement was launched. More than 50 applicants vied for one of the most prestigious jobs in the sport before John Luthi, formerly head coach at Fort Scott Community College in Kansas, was selected.

Luthi’s clear vision has helped UT Martin cement its status as one of the best collegiate programs in the nation. He has overseen 14 Ozark Region championships in his two decades at the helm.

Three years later, Luthi was honored as the NIRA National Coach of the Year. His tireless efforts would be fully rewarded in 2014 when the UT Martin men’s squad became the first team east of the Mississippi River to win the national team championship, accumulating 755 team points to edge out Tarleton State by 25 points.