The world became a different place in 2020, but before the COVID-19 pandemic changed most everything, including the sports world, UT Martin fans witnessed history during a home basketball doubleheader Jan. 16, 2020, with Ohio Valley Conference rival Murray State. An alternate mark was introduced to fans in the 25th year following the introduction of the Skyhawk name and original logo, adding both marketing and name-recognition potential in the competitive world of college athletics. 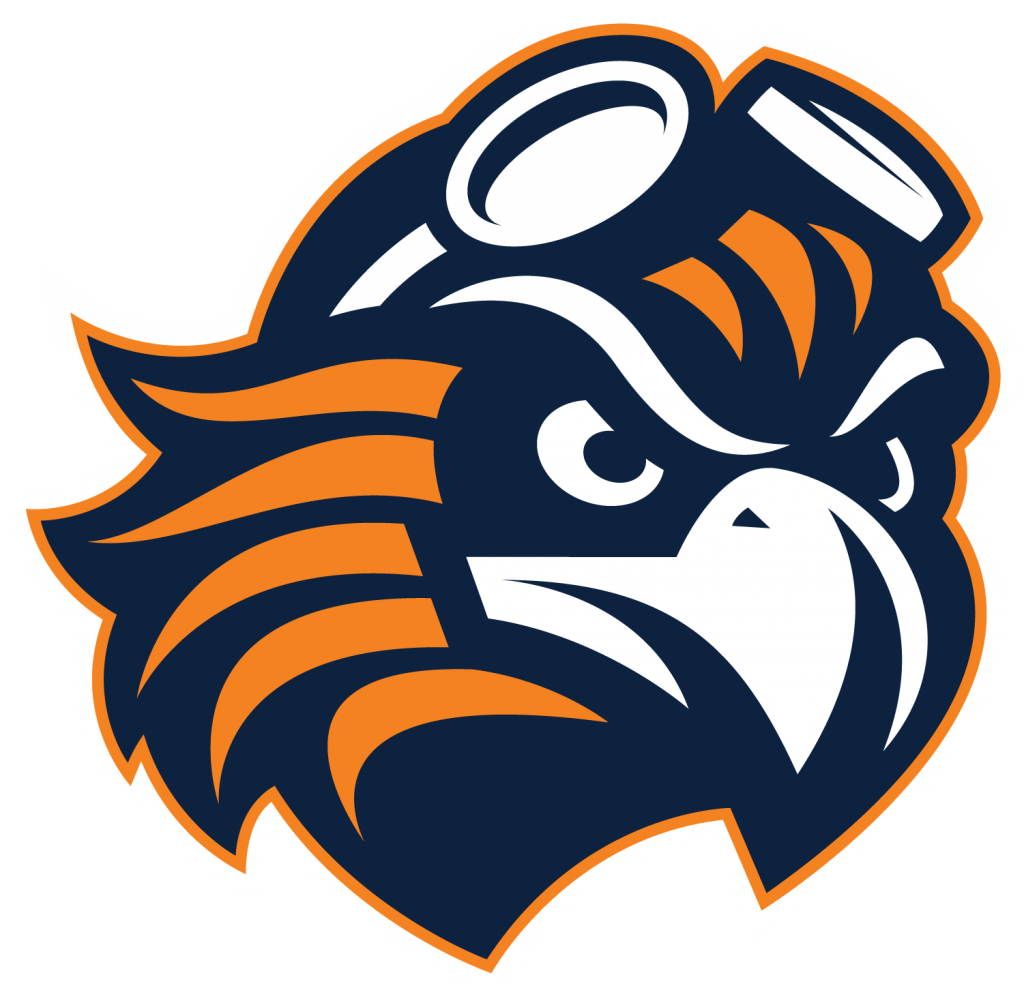 The athletics logo refresh project was initiated by Chancellor Keith Carver who appointed a committee in May 2018 to expand the athletics-graphics family by developing and adding a logo to the package and updating the graphics standards to guide the way forward. The only previous Skyhawk graphics update after 1995 was an internal review and update in 2007, so in a competitive sports-marketing atmosphere, the time was right to take the athletics identity to the next level.

The project was delayed for a year but rebooted in 2019 with a bid process that identified DVL Seigenthaler as the best agency to refresh the Skyhawk brand. DVL Seigenthaler, the Nashville office of global marketing and communications firm Finn Partners, was selected to lead the work after creating the original Skyhawk concept and artwork 25 years earlier when the agency was known as Dye Van Mol & Lawrence. In addition to creating the Skyhawk identity, the agency is known for designing logos for the Nashville Predators, Middle Tennessee State University Blue Raiders and Belmont University Bruins.

Nelson Eddy, a creative director and managing partner with the firm, reconnected with the Skyhawk long after being part of its creation. In a set of talking points about the refresh project, Eddy wrote, “Given the history, unique character and own-ability of the longstanding UT Martin athletic logo, our assignment from the university was clear: draw on the unique elements and spirit of the old mark to create an alternative that breathes new life and dynamic energy into the Skyhawk concept.” DVL Seigenthaler did just that.

Once the project began, the agency began pursuing these goals by engaging Message Factors, Inc., a marketing research firm from Memphis, to give the project direction through focus groups and other background work. After three preferred designs were identified, university students, faculty, staff and alumni were invited to select their favorite alternate logo in an online survey conducted Nov. 4-8, 2019. Instead of just one mark, two favorite logos clearly emerged from close to 4,000 responses, and the decision was made to develop both marks for use. The reveal for the alternate mark happened before a large Elam Center basketball crowd at a fourth-quarter media time out during the women’s game. An oversized replica of the alternate logo was rolled out on the floor, the crowd cheered, music played, Chancellor Carver fired T-shirts bearing the new mark into the crowd, and the refreshed Skyhawk athletics image took flight.

Brady Mustain, a business major from Martin who graduated in May, attended the unveiling and voiced his approval of the alternate mark. “It’s pretty cool. I like it,” he said after the reveal. “It’s kind of just like the other one, kind of like facing the side. That looks pretty cool.” Melissa Akins, an education graduate student from Newbern, attended UT Martin in 1989 before returning to the university and has been both a Pacer and a Skyhawk. “I like it,” she said of the new mark. “I think it’s pretty cool, pretty up to date. It looks a little more modern I think.”

The alternate mark becomes the secondary mark to the official Skyhawk logo and is already finding its way onto apparel and in promotional material. The “attack mark,” which received strong support among younger survey participants and was officially revealed during a soft launch in April amid the pandemic, is perfect for banners and other uses. Both marks build on the primary logo’s traditions and expand marketing possibilities.

“This marks the 25th year since the Skyhawk name and logo were introduced, and the timing is right to add an alternate mark to the logo family,” Carver said when the alternate mark was unveiled in January. “The Skyhawk logo is easily associated with UT Martin, so I see this as an opportunity to boost enthusiasm for our athletics identity.

“The design and communication of sports graphics have changed in the decades since the Skyhawk logo was first released, and we are proud to introduce these alternate marks in a way to bring our athletic brand into 2020.”

Kurt McGuffin, the university’s athletics director, described the Skyhawk as “unique throughout collegiate athletics” and was pleased with the outcome. “Our goal with the new logo was to retain the original look and characteristics of the Skyhawk while giving it a sleeker and modern feel,” he said in a UT Martin Office of Sports Information story. “There are exciting things happening with Skyhawk athletics and UT Martin as a whole. We hope the new alternate logo is a symbol of the progress we intend to make.”

Nobody knows for sure how the world will look once the COVID-19 pandemic ends, but Skyhawk sports fans will see their teams and merchandise soar with new companion marks that enhance an already distinctive college sports brand identity.