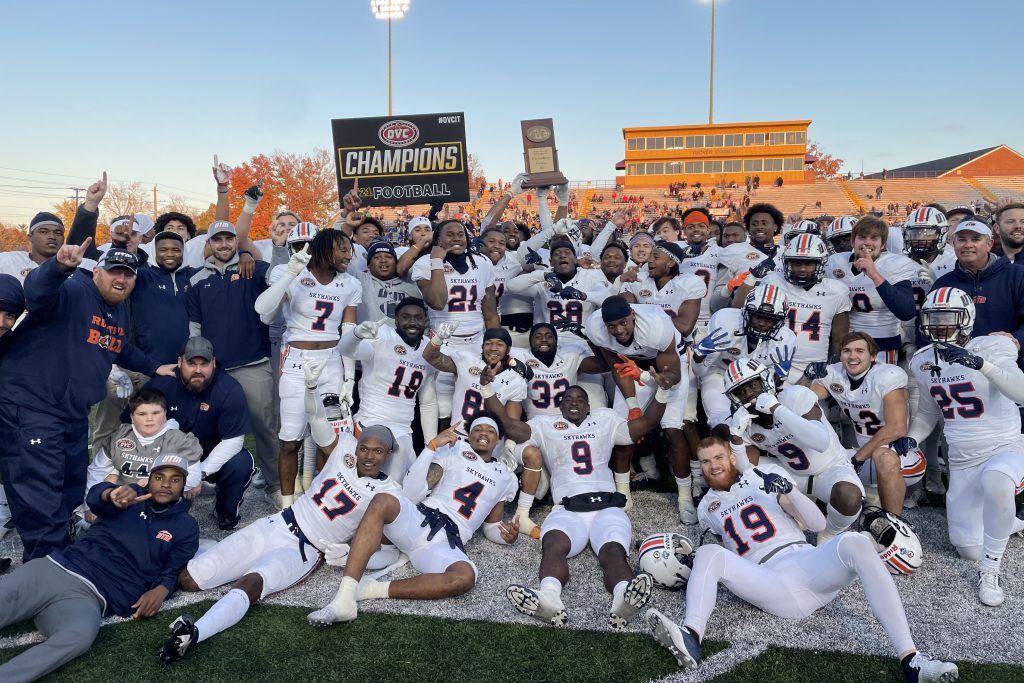 For the first time in 15 years, the UT Martin football team became Ohio Valley Conference champions after a 42-3 win over Tennessee Tech on Nov. 13. The Skyhawks set a new program win-loss record (9-1, 5-0 OVC), and boasted the second-longest winning streak in the nation. Along with the league title, the Skyhawks were guaranteed an automatic berth in the FCS Playoffs. After the win the team claimed a No. 8 ranking in the AFCA FCS Coaches’ Top 25, their highest ranking since 2006.