Preparing the next generation of crime scene investigators

They were told a National Forensic Academy (NFA) collegiate program would never work – it would not be sustainable.

Ten years and 213 students later, the NFA Collegiate Program (NFACP) hosted its three-week course at the Law Enforcement Innovation Center (LEIC) in Oak Ridge this summer with students from 16 different universities. LEIC is an agency of the UT Institute for Public Service.

“We fought for two years to get this thing going. We were told it wouldn’t work because UT Martin is

academic and IPS is not,” said UT Martin Professor of Criminal Justice Dr. Brian Donavant, who founded the program along with former Law Enforcement Innovation Center Executive Director Don Green. “Seeing it succeed has been phenomenal.” 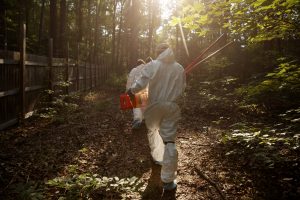 The collegiate program was borne during a trip Green made to the UT Martin campus to discuss potential partnerships for training. In those discussions, Green and Donavant brainstormed how they could help students in the Criminal Justice Program at UTM.

“We were consistently getting calls from students and parents whose kids wanted to attend the professional NFA,” Green said. “But that’s a 10-week program, that wouldn’t work for students. I’m excited about the fact that it’s in its 10th year and excited to see it progressing.” 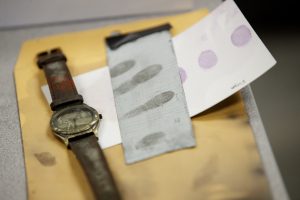 “This program is not what it was 10 years ago,” Donavant said. “We’ve found what works for college students and what doesn’t. The first year we did the forensic anthropology piece during the last week of the session, but we found that it was so intense we moved it to the second week.”

Donavant said he’s seen interest in the program ebb and flow, but was amazed this year at the response he received from students at other universities. In addition to students from UT Martin, other class members came from Boise State, Illinois State, Iowa State, Michigan State, University of Arkansas, Salem State (Mass.) University and Texas Christian University among others. This year’s class expanded to 30 from the typical 24, and 25 additional students were on the waiting list. They will receive priority on enrollment for the 2022 class. 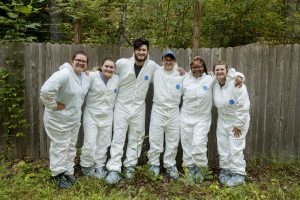 His continued outreach to university criminal justice programs across the country has helped spread the word about the NFACP. The program wasn’t established to be a recruiting tool for UT Martin, but in the case of Ashley Yoakum, that’s exactly what happened. Yoakum, a native of Fort Wayne, Ind., was attending Indiana Wesleyan University when she first learned about the NFACP.

“The head of the criminal justice program (at Indiana Wesleyan) forwarded an email from Dr. Donavant, I sent it to my mom and started looking into the collegiate program and UT Martin,” Yoakum said. “The criminal justice program wasn’t as robust at IWU as it is at UT Martin with different concentrations in the field.” Yoakum enrolled in the three-week NFACP this summer and will begin her sophomore year at UTM in the fall after making the decision to transfer.

While Yoakum is getting her first experience in the field of forensic investigations, an alumna of the first NFACP session and a detective with the Collierville Police Department has come full circle by returning to Oak Ridge for the 10-week NFA for professional law enforcement officers. 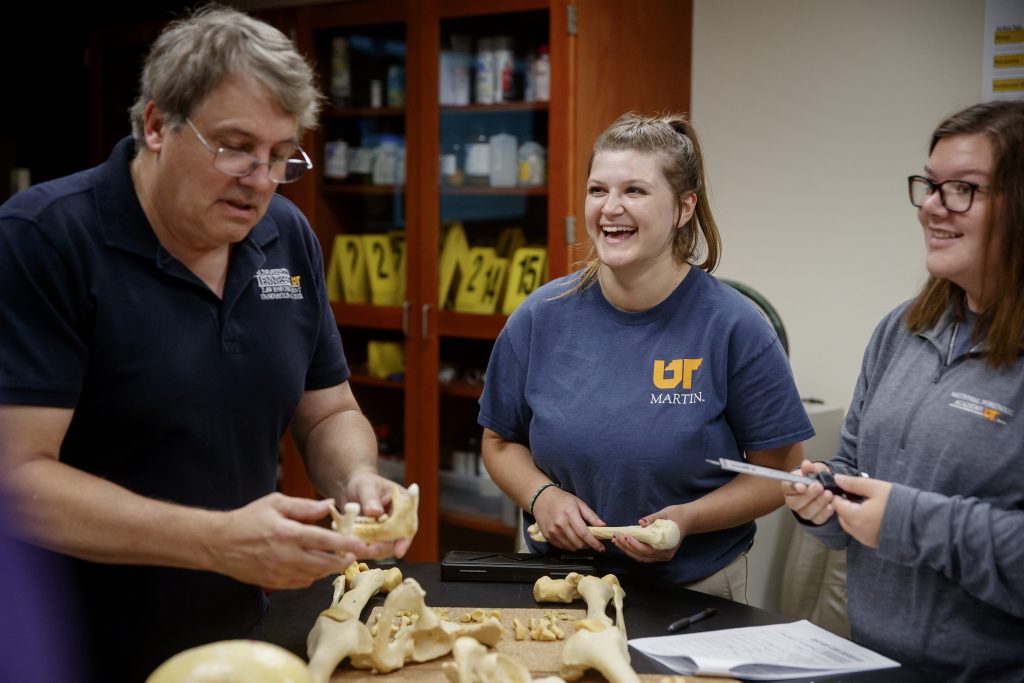 “It was like going back to my old classroom, like coming home,” said Madison Zuck, a 2013 graduate of UT Knoxville, who said the NFACP gave her a good baseline in the field of forensic investigations. “It helped me see that I enjoy the forensic side of investigations and that this was an area I wanted to work in. It also gave me a good start with setting myself up career-wise.”

After graduating from UTK, Zuck started her career at the Collierville Police Department as a patrol officer before her promotion to detective earlier in 2021. The CPD committed to send a detective to each session of the NFA, and Zuck was selected by the command staff to attend Session 55 of the NFA. Not only did she complete the 10-week session, but at the conclusion she was named winner of the Dr. William Bass award as the most outstanding student. 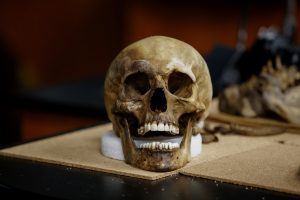 Zuck is just one example of the multiple NFACP graduates who have gone on to the professional law enforcement ranks. Green and Donavant made sure that the NFACP curriculum would give students an advantage when they started to look for jobs during their senior years.

“The program has about an 85 percent placement rate in law enforcement for those who completed the program,” Green said. “The Tennessee (police) chiefs give preference to those students and I know the Georgia Bureau of Investigation looks at it as an advantage.”

Zuck’s advice for students enrolling in the NFACP?

“Soak it all in. Ask as many questions as you can and ask the what if’s,” she said. “You never stop learning.”