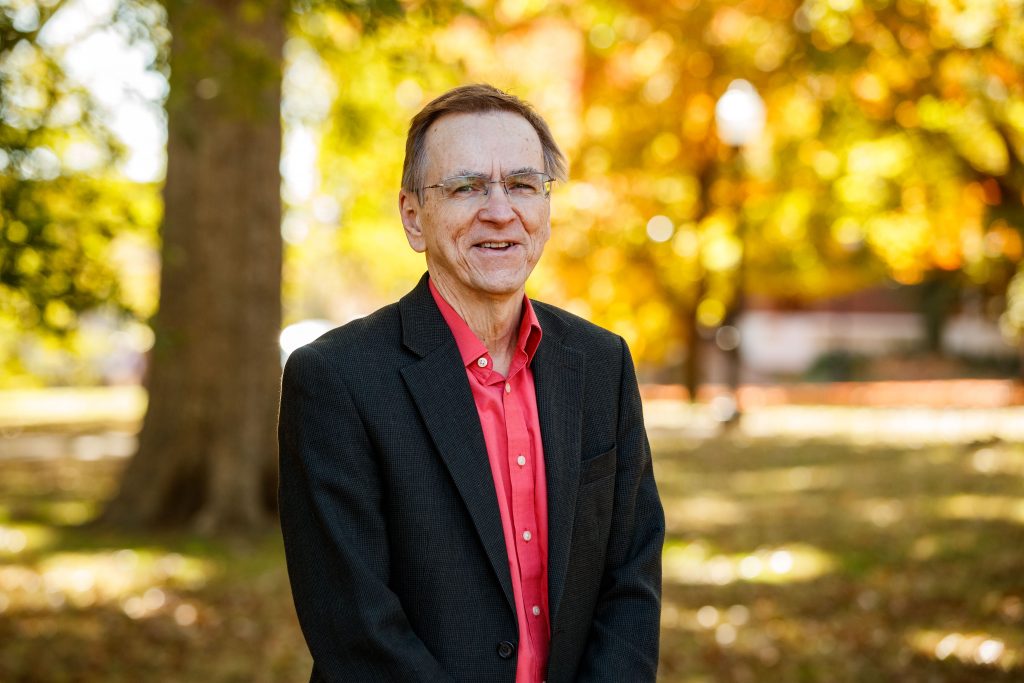 Dr. Jerald Ogg (‘76), professor of mass media and communication, has taken on various roles throughout his 34 years at UT Martin. For the past four years, however, Ogg has been serving in his favorite of the roles: a full-time professor working to make an impact on his students. The beginning of Ogg’s professional career at UT Martin was unexpected. While meeting with the late Dr. Richard Chesteen, a former professor of political science who served as a mentor to Ogg during his undergraduate years, Ogg applied to teach a communications law class for the next semester.

“This institution absolutely changed my life, so when I was given an opportunity to come back to do a one-year teacher’s contract, it was like, ‘This is a chance to give back and to maybe impact the students the way I had been impacted by the university,’” Ogg said. One year became many more as he fell in love with teaching, and in his 10th year at UT Martin, Ogg became the chair of what is currently the Department of Mass Media and Strategic Communication, which would set him on the path to 20 years of administrative work at the university.

Through his administrative work, Ogg was able to shape the future of UT Martin by assisting with the hiring of new faculty and staff members.“Particularly in the dean’s job and the provost’s job I was able to interview all of the faculty for all of the positions that were open. … I enjoyed the opportunity to explain to the candidates what we were about, what kind of institution that we were,” Ogg said.

After spending 20 years on the administrative end of higher education, Ogg was ready to get back to teaching full-time. He had continued to teach the communications department’s public relations principles class since he created the public relations sequence, but he was ready to dive back into building relationships with his students to help them succeed, just as his own mentor did for him.

“I would go to (Chesteen’s) office usually two or three, four times a week. I would sit in his office and talk about options for the future and talk about how we wanted to make an impact in the world. It always felt like when I would go to visit him, he was just sitting in his office hoping I would come by,” Ogg said. “I want to be that kind of professor that helps students figure out all the pieces with going into the real world.”

Through his work on both the administrative and professorial sides of higher education, Ogg has impacted UT Martin student experiences for decades, whether through his teaching or his 20 years of leadership.