Lamarcus Williams, of Brownsville, graduated from the University of Tennessee at Martin on Dec. 15 with a bachelor’s degree in sociology – a degree he says he would never have earned if not for the military.

“When I joined the (Tennessee) Army National Guard, I found a brotherhood that I never had growing up. I found friendships; I found a bond that I was never exposed to (before). Being part of that, it created something inside me that I wanted to bring to others as well,” he said. “It’s been a very big part of my life. I definitely would not be here if it hadn’t been for the military. They have helped me out tremendously – personally, professionally and academically.”

When he first enrolled at UT Martin, Williams was fresh out of basic training with the Tennessee Army National Guard. Unsure of his future plans, he turned to classmates and teachers to help find his way.

“When I first came, I had a hard time. I was studying a lot, yet I wasn’t getting the grades that I wanted,” he said. “So I met some students who were getting the grades that I wanted as well, and I saw how they aligned their free time and their work load and how they balanced all of that out. … They all helped me along the way to make sure that I kept coming back each semester and putting my best foot forward.”

However, he didn’t always have a clear path ahead of him. After rejecting suggestions to follow a career in computer science or engineering, Williams chose to study sociology after discovering an interest in the forces that shape society and the personal choices of each individual.

“I really had to do some soul-searching. I really had to find out ‘what do I like to do?’ and find out what my hobbies are,” he said, “(Sociology) has allowed me to get a better understanding of different cultures around me and how people interact…. It challenges different biases that I had growing up, and it makes me reevaluate the world around me and look at it from a different perspective.”

While Williams does have a job offer following graduation, he says he won’t commit himself to just one career choice just yet.

“I’m a person that’s constantly evolving each year, so for me to have a ‘dream job,’ I don’t really have one at the moment because I’m involved in so many aspects in different parts of life,” he said. “I have a lot of hobbies and a lot of interests in life, so for me to just put myself into one category of what I want to do, I would be selling myself short. I have untapped potential that I know is going to come to light in the future.”

Many students complete internships as part of their academic requirements, but Williams found an internship position on his own purely to gain experience working with the public and learn skills he could apply to a wide range of industries.

“(That internship) was something that I wanted to do. I wanted to make sure I had myself set up for the future. A lot of times in this world now, it doesn’t do you any good just to have academics and have your B.A. and your classes. People now want you to have real-world experience,” he said. “I wanted to make sure that I had something concrete that I could easily adapt and be flexible for whatever (an employer) wanted from me.”

He worked in the Enterprise Rent-A-Car Cordova office near Memphis, and says the fast-paced environment challenged him to be better each day than the day before. He was also able to apply his sociology training to gain insight into his customers and the company’s business system. One of several student interns, he quickly rose to the top of the group and became a personally-requested servicemember for repeat clients and other Enterprise locations in the area. 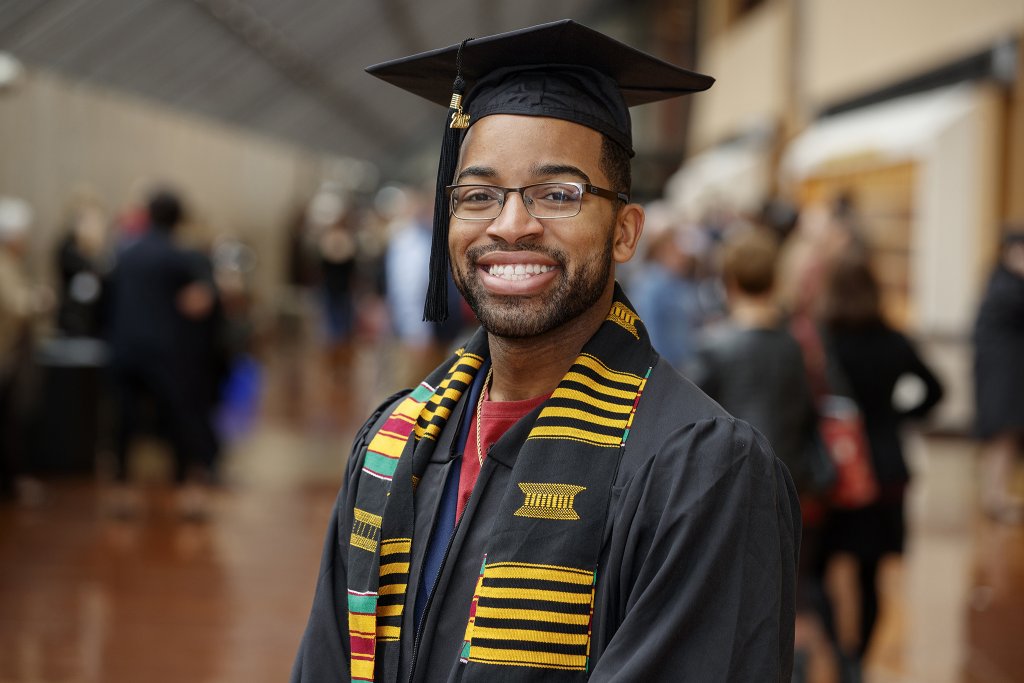 Williams says the college experience has changed him over the years and helped him become someone better than the boy who first enrolled in 2014.

“I’ve changed to where I have a lot of love in my heart now for myself. When I first came here, I had a bad view of myself because of my background and what I’ve been exposed to. But coming here was a fresh start for me … to really define myself and get to know myself. I was able to have positive role models in my life at UT Martin – things that I didn’t have before,” he said.

“Before I came (to Martin), I had this mindset of survival – doing anything I’ve got to do to survive, no matter what it takes, no matter what happens, no matter who gets hurt. So coming here allowed me to have a bit of a less-hardened heart,” he continued. “It allowed me to develop compassion, empathy and sympathy. These are all traits that I didn’t have before. It was a whole lot of personal growth. …

A lot of times that I’ve been backed up in a corner and I didn’t meet the expectations that I’ve set, what kept me going is the love that I have for my fellow brothers and students, different connections I’ve made in the Army, and now a new compassion for my family at home.”

His advice to the students who follow him is to keep an open mind and remember there is often more than one way to think about a subject or reach a particular goal.

“You don’t know everything,” he said. “Everybody’s opinion matters. Every voice matters. … The person making the goal in high school probably won’t be the same person who will be graduating (from college), so you’ve got to keep an open mind and find a way to establish who you are and find your true identity because as you find yourself, then will you be able to find out your true purpose in life.”