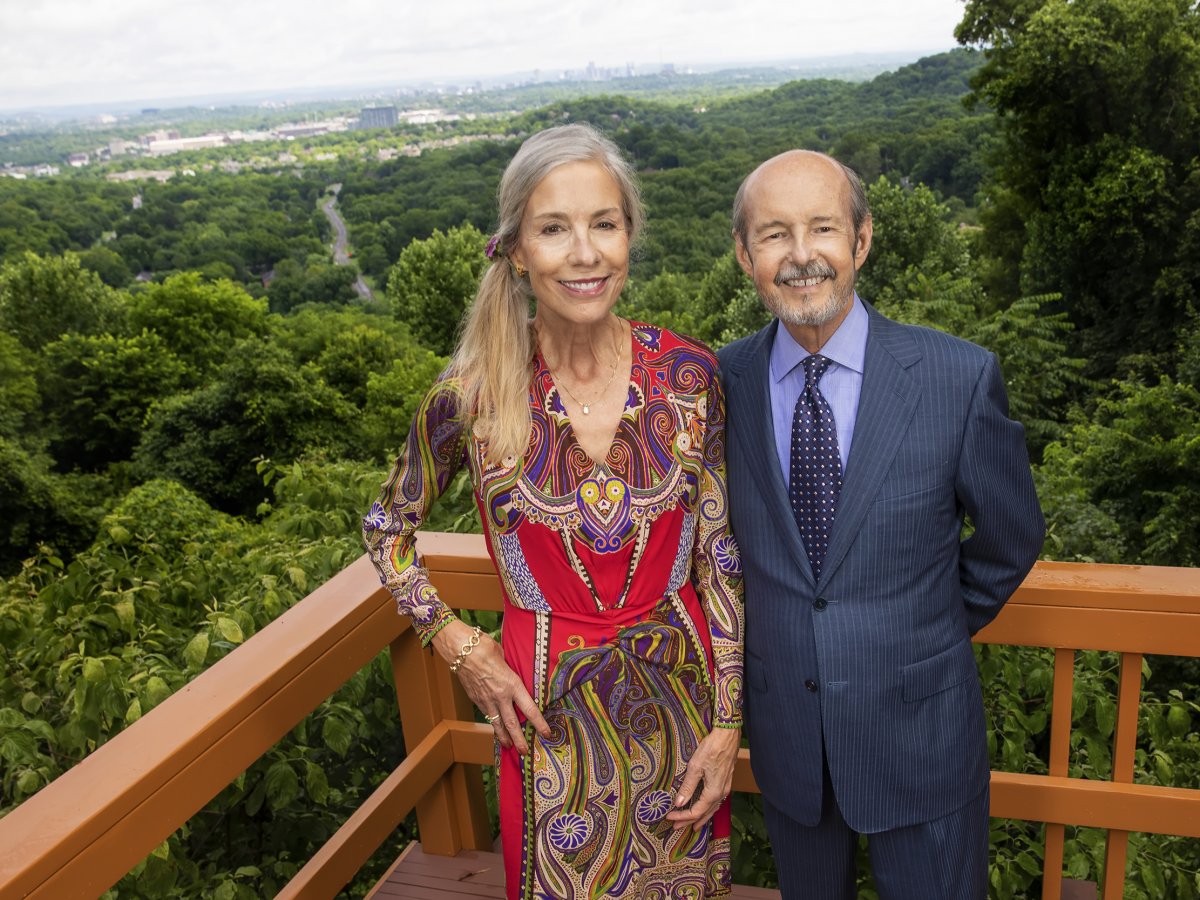 Bill and Rosann Nunnelly believe in the value of education, and a bequest to the University of Tennessee at Martin will assure that future generations of students have the financial means to attend college. A $22 million gift from the couple to the university was announced by University of Tennessee Interim President Boyd and UT Martin Chancellor Keith Carver during the summer meeting of the UT Board of Trustees on Friday in Knoxville. The gift is the largest ever made to UT Martin and will provide scholarships to students who attend the university.

“We appreciate the Nunnelly family opening doors for students from rural counties to attend UT Martin,” Boyd said. “They are helping to change not only the lives of students, but also of families, communities and the state. The impact of their gift will reverberate through generations of Tennesseans.”

Bill Nunnelly received a Bachelor of Science in Education in 1970 from UT Martin and later earned a Master of Education from Boston University. The scholarship awards from the gift will give preference to students from Hickman County, Tennessee, where he was raised on a cattle and feed grain farm in the community that bears the family name. Although the gift is a bequest and will not be realized until the couple is deceased, the financial benefits begin immediately when four Hickman County students receive UT Martin scholarships this fall. Qualified students from Dickson, Giles, Lawrence, Lewis, Maury and Humphreys counties will also be eligible to receive future scholarships. More than 90 scholarships could be awarded annually through the gift.

Nunnelly says education is a pathway to a better life. “I think at a minimum one needs a degree unless you’re going to be into the trades,” he said. “In a lot of cases you need a master’s degree. You can get a job with a degree, and I think that’s what’s important to young adults as they come to UT Martin.”

“Bill and Rosann Nunnelly have honored UT Martin with a transformational gift that will help many future generations of students attend the university,” said Dr. Keith Carver, UT Martin chancellor. “Bill’s UT Martin experience shaped who he is as a person and successful entrepreneur, and we’re grateful that he and his wife have chosen to give back in this generous way.”

Nunnelly grew up working on the family farm and was drawn to the discipline of the military. His grandfather and father served in World War I and II respectively. His mother and father also attended UT Junior College, predecessor to UT Martin. Nunnelly attended his first three years of high school at Columbia Military Academy in nearby Maury County before completing his senior year in Hickman County. So, it followed that the ROTC program became an important part of his UT Martin experience.

“ROTC just kind of fit into my life well,” he said. “I understood the military and what it offered. … I learned how to grow up at UT Martin, and it was a wonderful experience.” Also important to Nunnelly was his involvement in the Alpha Tau Omega fraternity. “My fraternity experience at ATO was hugely important. … We had guys there that were interested in academics and good people that taught me how to be a man. … I grew up at UTM, and the fraternity experience helped set me on the road to success.”

Nunnelly was commissioned as a second lieutenant in the U.S. Army upon graduation from UT Martin. He completed his military service, but instead of returning to the family farm, Nunnelly pursued various business interests over the years, became a successful entrepreneur and is now semi-retired. He and his brother, also a military veteran, maintained the family farm until selling it in 2010, but Nunnelly never forgot his Hickman County roots and sees the gift to UT Martin as “a wonderful way to give something back. …That’s just what my wife and I want to do,” he said.