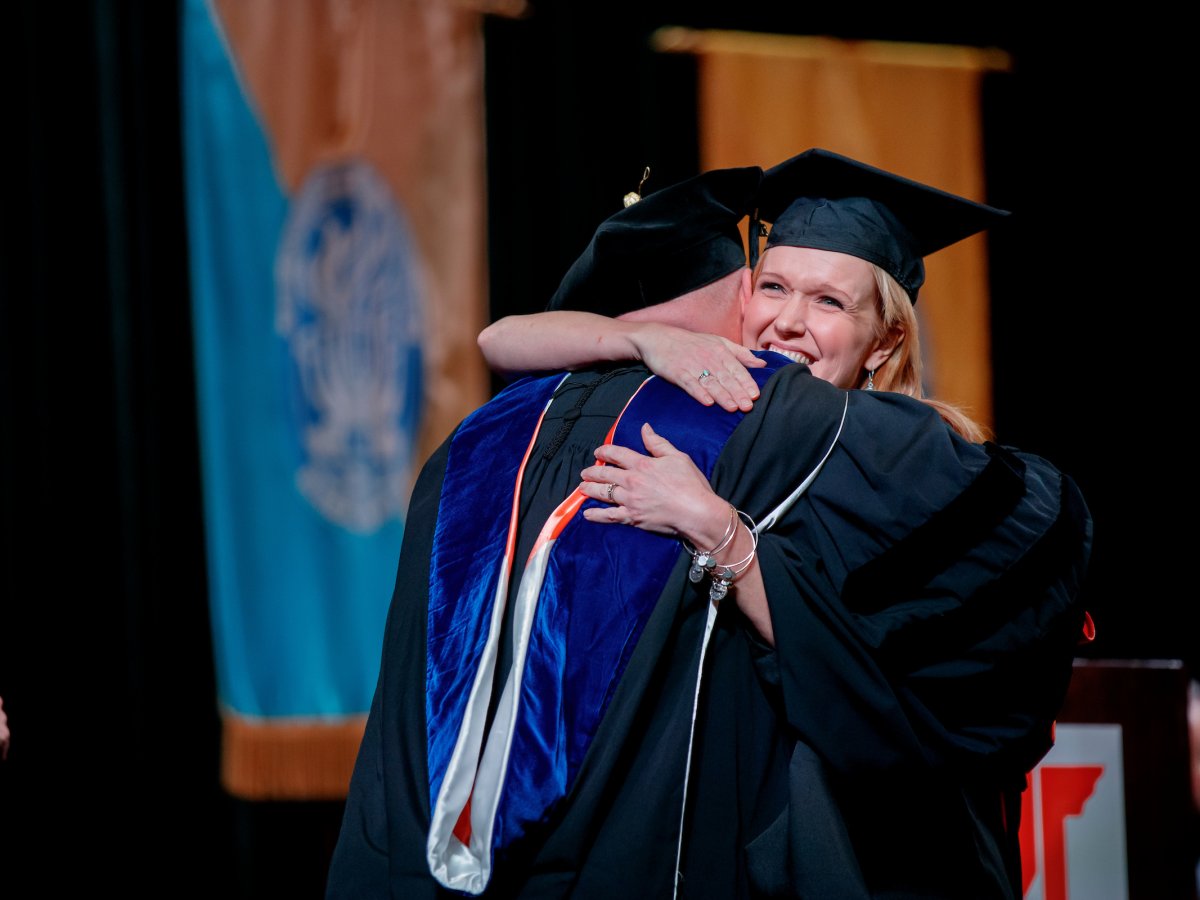 Jennifer Horbelt Bonds, a 2007 graduate of the University of Tennessee at Martin and longtime evening anchor on WPSD Local 6 in Paducah, Kentucky, crossed the UT Martin commencement stage again Dec. 14 with a Master of Arts degree in strategic communication.

While Bonds, a fulltime broadcaster, wife and mother of a toddler, was initially hesitant to return to school, she says the UT Martin graduate program in communications is one she will never regret completing.

“The MASC program (at UT Martin) is very practical in nature. I feel like I’m walking away with knowledge and experience that I’ll actually use in the workplace be benefit our current news product and to potentially climb the news management ladder as I progress in my career,” she said.

This is high praise from a seasoned broadcaster who has covered not only Paducah’s daily news for almost 10 years but also took a three-year stint in the middle to serve the Colorado Springs area at NBC-affiliate station KOAA. While in that position, Bonds reported on several high-profile events, including President Obama’s 2012 campaign and the Aurora Theater shooting. She also anchored continuous 12-hour coverage of the massive Waldo Canyon and Black Forest wildfires.

“With the Waldo Canyon fire in 2012, we spent two days on the air in 12-hour shifts. I worked midnight to noon, no commercials, no breaks. The Black Forest Fire the next summer was worse. I did nights then – noon to midnight – and by day four I told my husband, ‘I don’t have anything else to say.’ I never thought I would ever be able to do that, but now ad-libbing is no big deal,” said Bonds in a 2015 interview on that experience.

Surprisingly, Bonds was originally torn between a life in news and one in education. She says September 11, 2001, sealed the deal.

“I grew up loving news in my hometown of Houston (Texas). I would wake up for school in the morning and watch KPRC’s morning headlines as a third grader! But on 9/11 (I was a high school junior), I really understood for the first time the importance of the media (for) informing people of a defining moment in history,” she said. “Not every day or story may be to that magnitude, but the news (national and local) is a critical form of communication that connects us all. Journalists can help bring clarity to senseless acts (in the case of 9/11), or explain how issues that seem inconsequential to you (a tax vote, perhaps, by your city council) will impact your daily life.”

“I respect journalists for seeking the truth, no matter what that looks like,” she continued. “It isn’t easy to set aside your own personal feelings and see stories from an objective point of view. That takes practice and sound judgment. I also believe a true democracy cannot exist without a free press, and so the industry itself is critical to the lives of this country’s citizens.” 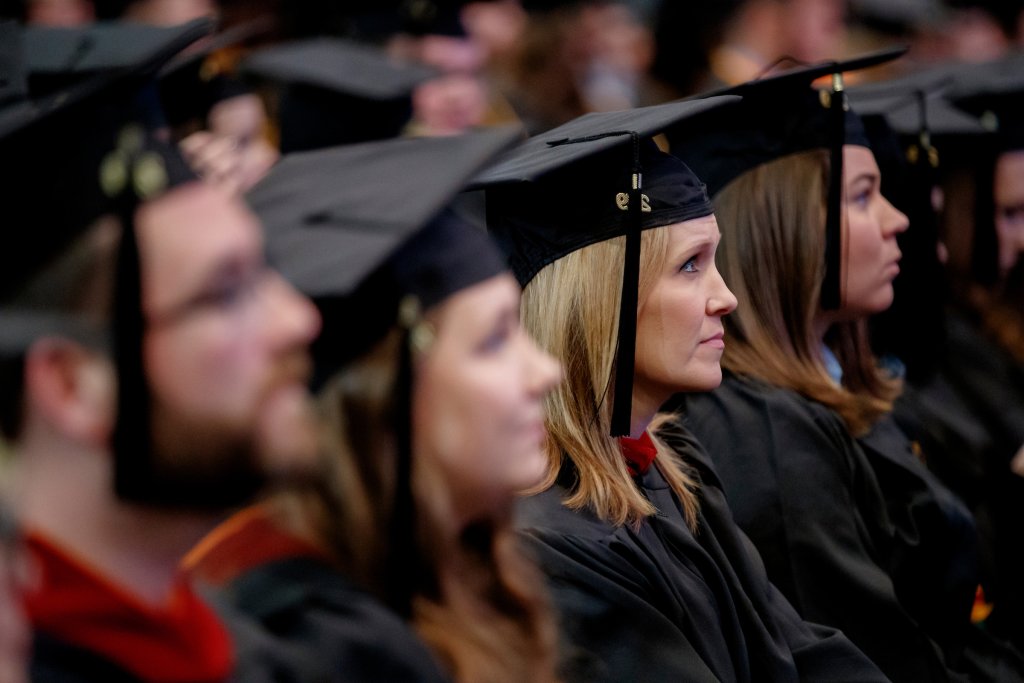 Bonds waits for her turn to cross the stage.

As a veteran in a young newsroom staff, she enjoys being a mentor for other up-and-coming journalists in all areas of the daily broadcast. Now, with two UT Martin degrees in hand, Bonds says she is prepared for whatever her career may throw at her in the decade to come. She is also prepared to recommend her alma mater to anyone searching for a place to call home.

“UTM cares about each and every student. I felt like a person of value to the staff in the communications department as (both) an undergrad and graduate student. I knew they cared about my success and were willing to do what was needed to help me succeed,” she said. “I have loyalty to UTM, and for good reason. (The university) not only helped to shape what I consider to be a successful career to date as an undergrad, but it has continued to be a resource to me.”

“The MASC program’s success is a direct correlation to the university’s willingness to serve its students’ needs,” she continued. “When you provide a useful education to the students, they come back. They also tell their friends and colleagues. The MASC program is growing exponentially because people like me have gotten their money’s worth and are spreading the word about the good things happening in the UT Martin communications department.”