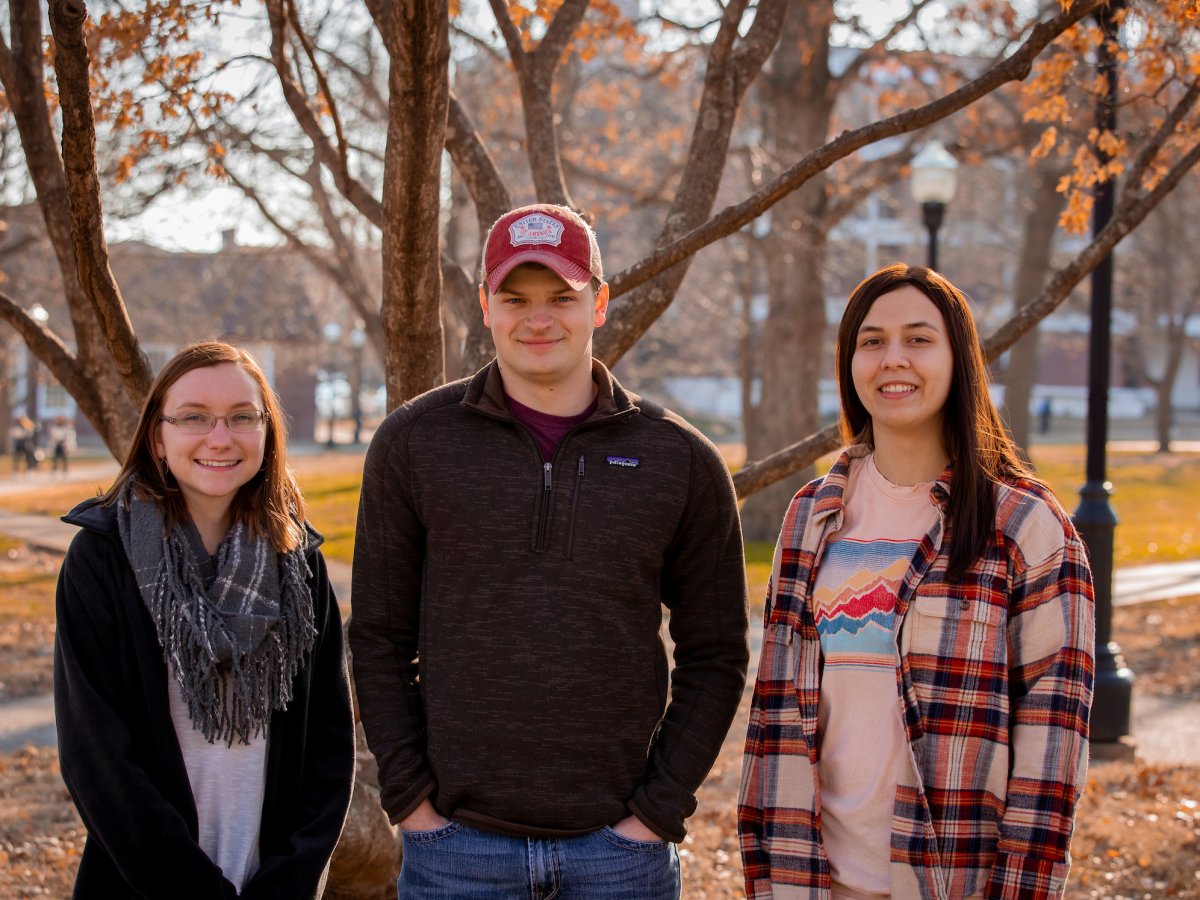 Sarah Perry, a junior from Ripley; Aaron Dyer, a sophomore from Union City; and Emily Hudgins, a junior from Paris, traveled to Brazil in fall 2019 alongside 12 other UT Martin students and two faculty members.

Sarah Perry is studying social work, Aaron Dyer is an agricultural business major, and Emily Hudgins is studying both chemistry and plant science. It seems these three students would have little in common. However, they all traveled to the Brazilian rainforest in August 2019, and they came home with three different views on how that trip will influence their future careers.

Perry, a junior from Ripley, focused on the cultural diversity of the area and the differences and similarities between life in the rainforest and life in America. “It was a good opportunity to learn about the Brazilian culture and the culture of the Amazonian tribes,” she said. “We got to actually experience and see some of their cultural dances that they do in their ceremonies, like when a baby is born or for a marriage.”

Dyer, a sophomore from Union City, was most interested in the farming techniques used to grow crops in the rainforest. “When we went, it was flooded – a flooded forest – so I wanted to look at farming in the flood season,” he said. “The soil is really, really bad there. … And so, (Amazonian farmers) have to cut down the actual rainforest and burn it and use the ash to fertilize the ground. That ground is only good for a couple of years, so they have to move to another plot.”

Dyer says that while Brazil’s large-scale agricultural practices are similar to those used in West Tennessee, their small-scale agriculture has evolved to suit the needs of the ecosystems in which they live. As a future agricultural business professional, Dyer says he would be interested in finding a way for tribes such as those the group visited to produce genetically modified crops that would give higher yields in tropical areas.

Hudgins, a junior from Paris, took a particular interest in the plants and animals of the region and the way they can be harvested and used in the scientific world. With majors in both chemistry and agriculture, and a concentration in plant science, she says the crossover between ecology and chemistry in the rainforest was fascinating to see.

“We went on this hike through the forest, and we pulled up on the bank and spent the night there. … There was one tree that stuck out to me specifically (because) they actually shave the bark, and they can get iodine extracted from the bark,” she said. “It helped me to see … that everything is really interconnected and understanding one thing can really help you understand something else.”

This particular travel-study course, led by Dr. Dawn Wilkins and Dr. Tom Blanchard, both faculty members in the UT Martin Department of Biological Sciences, included 15 students from 10 different academic majors – a true example of the academic diversity found in travel courses. Most UT Martin travel-study courses are open to students across a wide range of academic disciplines, and many open spaces for alumni, faculty and community members as well.

“It’s definitely a once-in-a-lifetime opportunity. I think everyone should do at least one travel study before they graduate. It opens a whole new world to you and exposes you to different cultures and different ways of life,” said Perry.

Hudgins and Dyer agreed, making mention of the scholarship opportunities available to undergraduate students at no other time in their lives.

“I don’t think it will ever be as cheap (to travel) as it is when you do it in college,” said Hudgins. “It’s a good opportunity to take (a course) that you wouldn’t normally take as part of your major … and get to go out of the country and see another place.”

UT Martin faculty lead approximately 15 travel-study courses each year to places such as Iceland, Italy, Guatemala, the United Kingdom, Japan, Scandinavia, Dubai and others. For more information on university travel, contact the UT Martin Center for International Education at 731-881-1023.