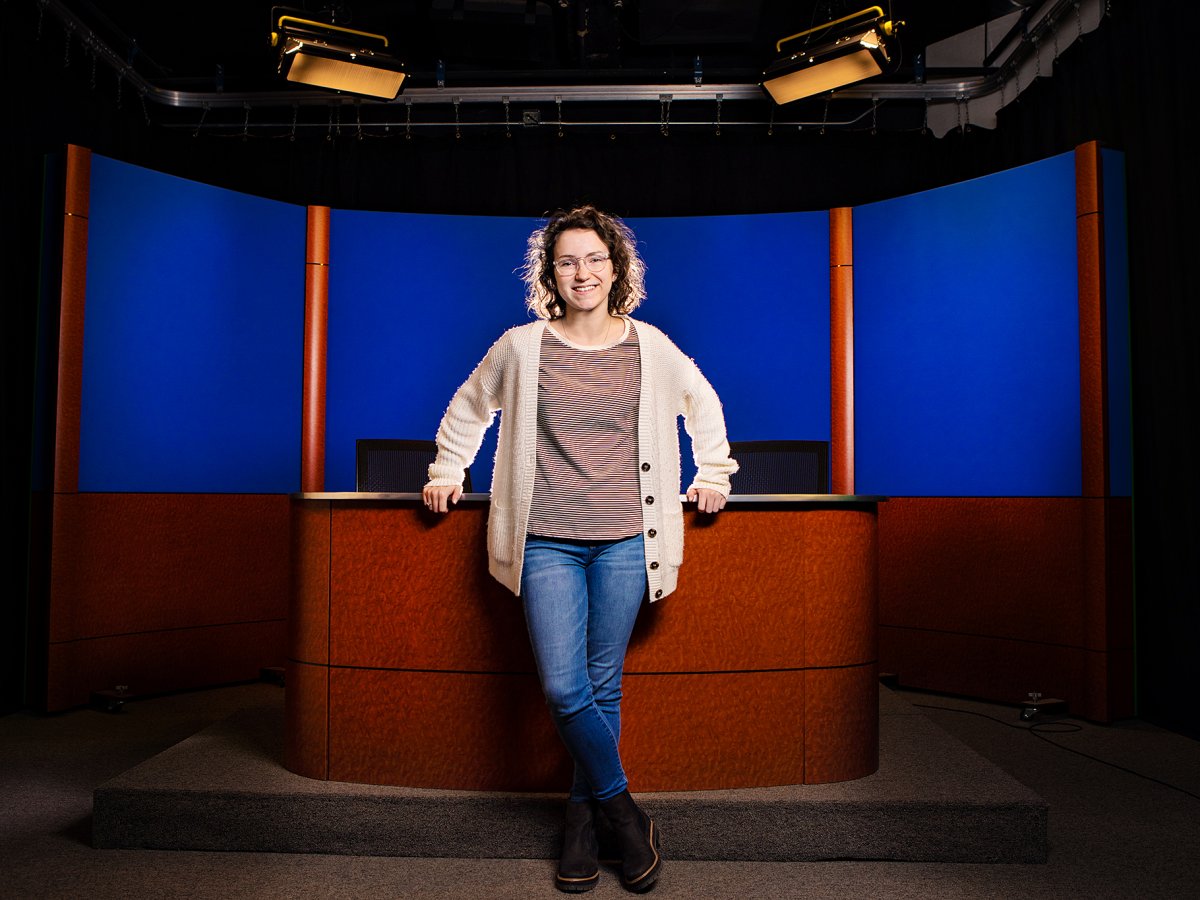 Brooks, who aspires to be a political reporter among many other things, said she is extremely thankful for the chance to work with Kinnard because it has given her a new appreciation for the work she is doing now at UT Martin. Even as a student, Brooks was able to network with current reporters, sit in on interviews with presidential candidates and by the end of the weekend, conduct her own interview utilizing the lessons Kinnard and UT Martin taught her.

“It made me feel very important and reminded me that being a student doesn’t mean I’m not qualified… I don’t have to limit myself,” said Brooks.

The pair met at UT Martin when Kinnard was the guest lecturer in Brooks’ broadcast news writing class. After her presentation, they quickly connected on Twitter where Brooks asked if there was any chance she could shadow her the next time she was in Tennessee.

“Impressed by the gutsiness” of Brooks’ request, Kinnard responded by flying her to South Carolina to follow her on the presidential campaign.

“I thought this was a bold, assertive move on her part, and showed a lack of shyness that’s also vital to being a good journalist,” said Kinnard. “For someone interested in political journalism, the opportunity to shadow an AP political reporter is a tremendous opportunity.”

Brooks’ greatest takeaway from the entire experience was realizing even though she is reporting for a student news outlet, she plays just as important of a role as a journalist objectively reporting the truth as Kinnard does.

“I matter as a student journalist,” said Brooks.

Kinnard teaches objectivity as the most important foundation a journalist should stand upon no matter how long he or she has worked for the media, which was the focus of their externship. “In a day and age where fewer people trust established media, it’s so important that we remove ourselves from the story and simply give an accurate accounting of what’s happening. After spending a weekend with Kayla, I’m encouraged that she’s willing to accept that challenge and already seems to have a keen ability to do just that,” said Kinnard.

Brooks has already begun implementing the techniques she learned on the campaign trail at the radio station, including staff lessons on objectivity and proper AP style. With the network connections she made in South Carolina, Brooks says she is more conscious of not only what she produces for the radio station, but also what she puts out on her social media.

Her mentorship with Kinnard continues across state borders as Brooks turns to Kinnard daily for insight on how to handle difficult questions, like ones concerning the 2020 presidential campaign. Brooks concluded her externship with Kinnard feeling more confident in her abilities as a journalist and knows that if she ever needs advice, Kinnard is just a tweet away.

“I can talk to people I might not have felt qualified to talk to before and I can ask big questions. I can ask questions about voting and I can ask people why aren’t you going to vote. But I can do it with a greater confidence that I am being objective…,” said Brooks.

As news director of WUTM-FM 90.3 “The Hawk,” Brooks said the entire staff is now more cognizant of the news they produce to make sure it is not only accurate, but representative of the UT Martin campus.

“(Kayla) is indeed smart, thoughtful and inquisitive – and yet another great ambassador for the University of Tennessee at Martin, a school with a history of turning out impressive people who make a difference beyond the region,” said Kinnard. “We need more Kaylas in the news business.”

Kinnard, the granddaughter of former Tennessee Congressman and UT Martin alumnus Ed Jones, has reported for The Associated Press since 2005. Kinnard is also the sponsor of an endowed scholarship awarded to a student dedicated to objective journalism at UT Martin.