UT Board of Trustees appoints Randy Boyd as 26th president 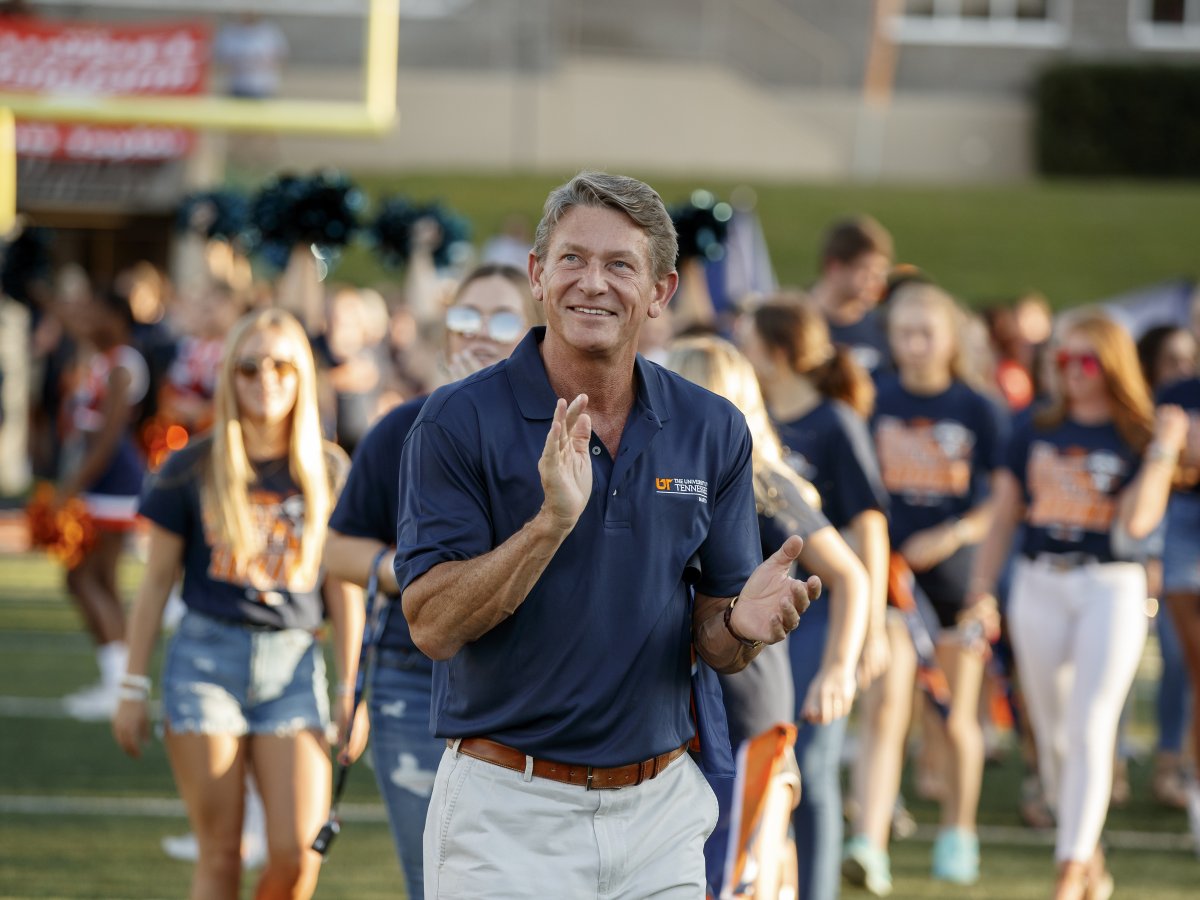 By a unanimous vote Friday afternoon, the University of Tennessee Board of Trustees selected Randy Boyd to serve as UT’s 26th president for the next five years.

“As I’ve said, naming the president of the University of Tennessee System is one of our most important decisions that we undertake as trustees,” Board Chair John Compton said. “We wanted to make sure we were comprehensive and considerate to all key stakeholders in reaching our decision. Randy Boyd is absolutely the right person to lead the university at this time.”

Trustees approved Boyd serving in the position up to June 30, 2025. He will continue to serve without a salary. He will receive $10,000 per year to cover state health insurance costs.

In other business, trustees heard an update on what the University is doing regarding COVID-19 and trustees approved revisions to the University’s tenure policy to extend the probationary period.

Boyd, a UT Knoxville alumnus and Knoxville businessman, has served as interim president of the UT System since Joe DiPietro retired in November 2018. As president, Boyd serves as chief executive officer of the statewide system, which includes the flagship campus in Knoxville, campuses in Chattanooga and Martin, the Health Science Center in Memphis, the Space Institute in Tullahoma, and statewide Institute of Agriculture and Institute for Public Service.

After a positive performance review, Compton recommended foregoing a national search to fill the president position. The other trustees agreed.

“The recommendation was informed by a number of considerations, including the positive momentum of the University, the strategic initiatives that are underway, and, most notably, the favorable feedback received from key stakeholders,” Compton said about moving forward without a national search.

During his time as interim, Boyd established the UT Promise scholarship and mentoring program providing free tuition for Tennessee residents whose family household income is less than $50,000 a year and are academically qualify to attend UT. He also led the initiative that created the Oak Ridge Institute at UT, which seeks to create a robust talent pipeline in areas of growing national needs. He also reunited UT Knoxville and UT Institute of Agriculture to elevate the impact and reputation of both.

During the November 2019 Board of Trustees meeting, discussions began to remove the interim title. In December 2019, Compton conducted a formal review of Boyd’s performance, which included requesting feedback from leadership of faculty, staff and students as well as alumni, legislators and others.

After extensive discussion of Boyd’s review and leadership during the February 2020 Board meeting, Compton requested Boyd participate in a series of town hall meetings across the state to share his vision for leading the University. Town hall meetings were held in Knoxville, Chattanooga, Nashville, Martin and Memphis between March 4-11.

Boyd is the founder and chairman of Radio Systems Corp., a Knoxville-based business. He also serves as chairman of Boyd Sports and is the owner of the Tennessee Smokies, Johnson City Cardinals, Greeneville Reds and Elizabethton Twins.

Boyd served as chair of the Tennessee Higher Education Commission and as commissioner of the Tennessee Department of Economic and Community Development. He is founder and co-chair of the Governor’s Rural Taskforce, which exists to help state government and industry leaders find solutions to the biggest challenges facing rural Tennessee.

Boyd also served as Gov. Bill Haslam’s adviser for higher education and was the architect for Tennessee Promise, Drive to 55 and Tennessee Achieves—initiatives aimed at increasing the number Tennesseans with post-secondary degrees to 55 percent by 2025 and decreasing financial hardship for those Tennesseans pursuing degrees.

Boyd is the first in his family to graduate from college. He earned a Bachelor of Science degree in business with an emphasis on industrial management from UT Knoxville. He also earned a master’s degree in liberal studies with a focus on foreign policy from the University of Oklahoma.

Boyd and his wife, Jenny, live in Knoxville. They have two children and one grandchild.

The University of Tennessee is a statewide system of higher education with campuses in Knoxville, Chattanooga, Martin and Memphis; the UT Space Institute in Tullahoma; the UT Institute of Agriculture with a presence in every Tennessee county; and the statewide Institute for Public Service. The UT system manages Oak Ridge National Laboratory through its UT-Battelle partnership; enrolls about 50,000 students statewide; produces about 10,000 new graduates every year; and represents more than 387,000 alumni around the world.