Dr. Abigail Shelton, associate professor of chemistry, received the Coffey Outstanding Teaching Award for demonstrating strength in teaching and contributing to the teaching profession through extracurricular achievements, leadership qualities and scholarly activities. The Coffey Outstanding Teaching Award was established in 1998 by Mai and Charlie Coffey. Shelton has taught chemistry at UT Martin since 2012. She holds a bachelor’s degree from Western Kentucky University and doctoral degree from the University of Florida.

McBeth began teaching 3D studio art at UT Martin in 1992 as an assistant professor before earning tenure in 1998 and the designation of a full professor in 2002. McBeth was also the 2019 recipient of the Harold Love Outstanding Community Service Award. He holds a bachelor’s degree in elementary education and art from Friends University and a Master of Arts in ceramics and photography, as well as a Master of Fine Arts in ceramics and drawing from Fort Hays State University. 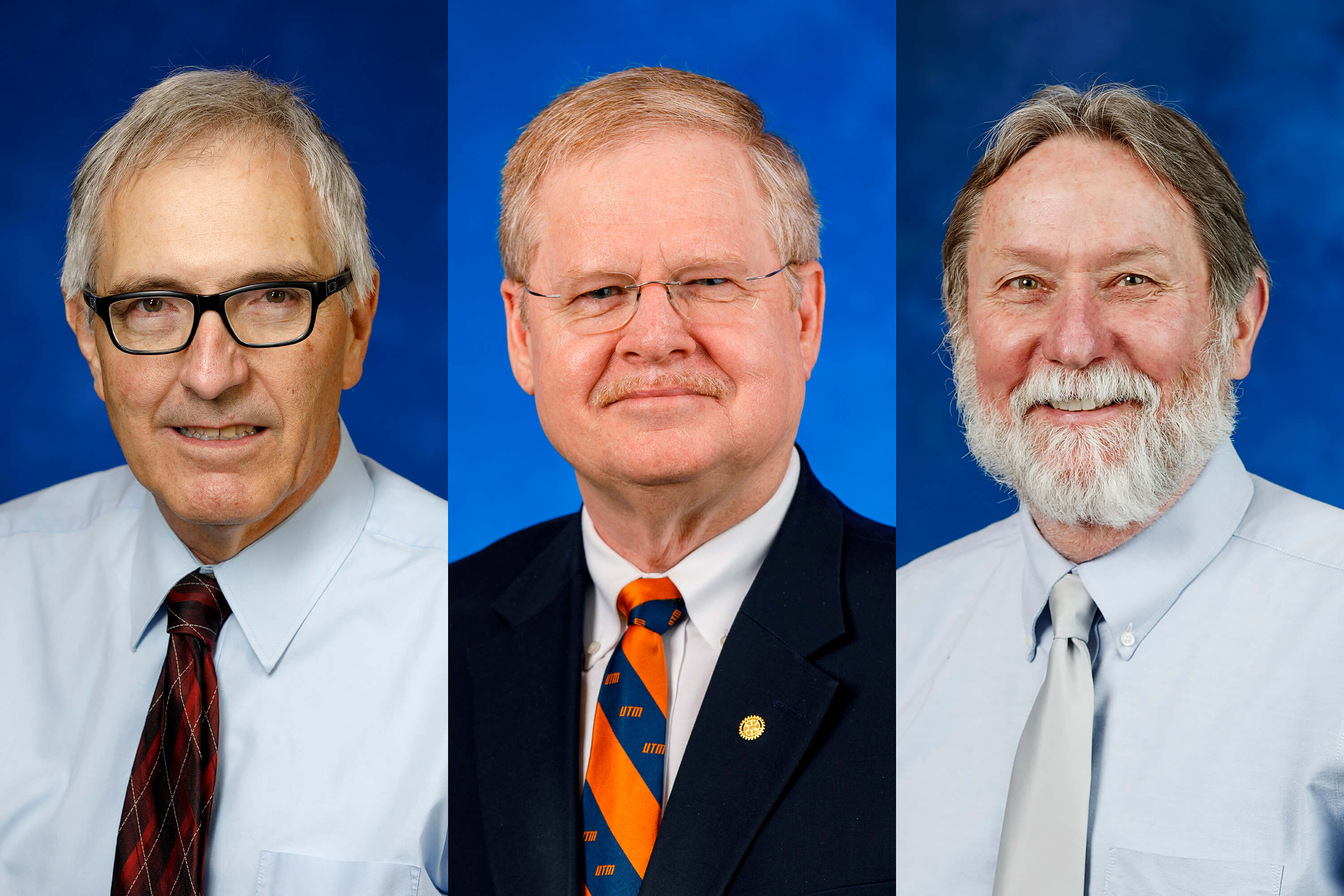 Mark Hewitt, lecturer of educational studies, received the Outstanding Academic Advisor Award for his academic-advising work with students. Hewitt has worked at UT Martin since 2008 and has both his bachelor’s and master’s degrees in elementary education from Indiana University.

Dr. Jack Grubaugh, professor of biological sciences, and Dr. Richard Robinson, professor of communications, were the recipients of the University of Tennessee Alumni Association Outstanding Teacher Awards. Recipients of this award on each UT campus are nominated by students, faculty and alumni based on classroom performance, scholarship and service.

For more information, contact the Office of University Relations at 731-881-7615.