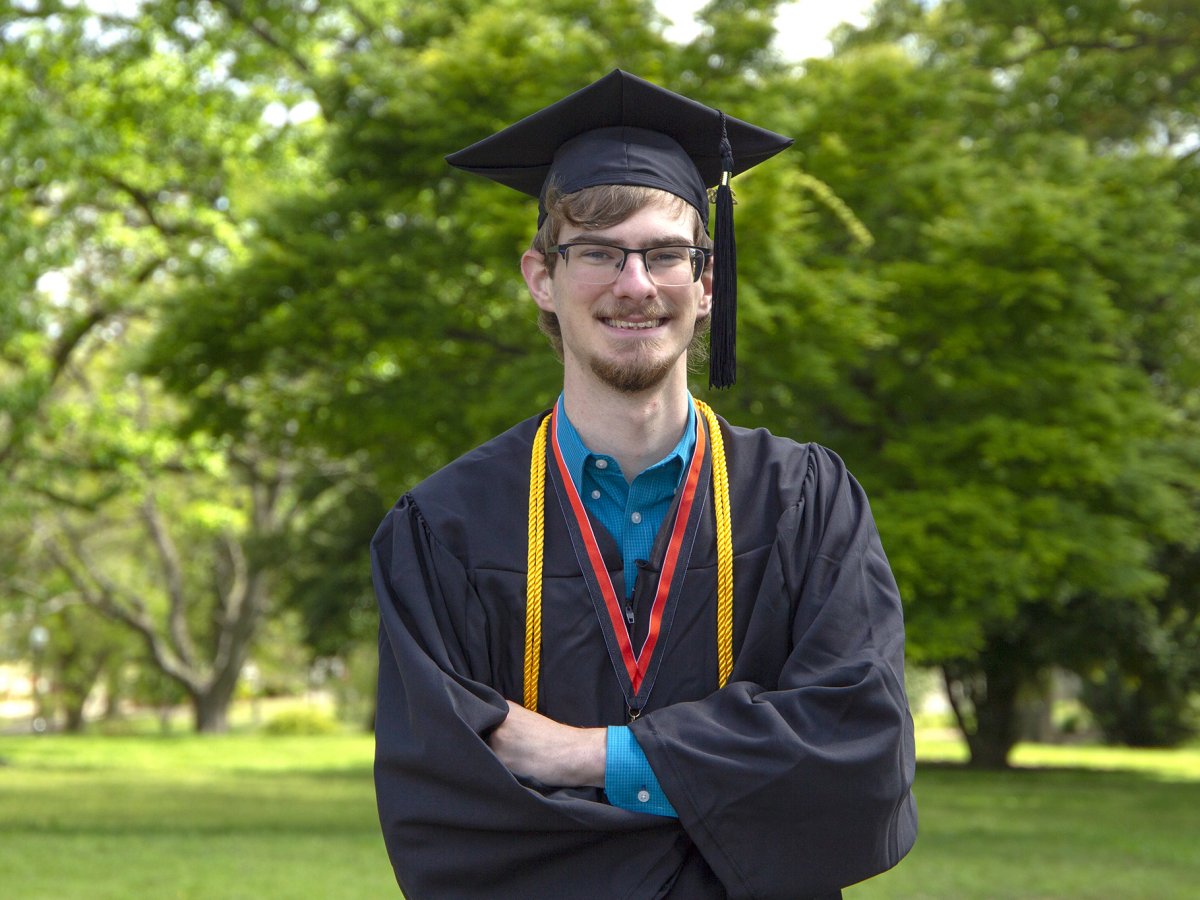 Michael Singer, a plant and soil science graduate, has accepted a position as a soil scientist with the United States Department of Agriculture Natural Resources Conservation Service in Homer, Alaska.

As Michael Singer traveled through the Arctic Circle in Alaska for an arctic soils and permafrost soil science field tour during the summer of 2019, little did he know that by the end of the following summer, he would be living in Alaska, over 4,000 miles away from home, working as a soil scientist for the United States Department of Agriculture Natural Resources Conservation Service’s Homer soil survey field office.

Singer, a plant and soil science graduate from Mt. Juliet, interned with the USDA-NRCS for three years during his undergraduate program, securing him a full-time position before he graduated from the University of Tennessee at Martin on May 2. While he does not depart for Homer until August, Singer has already begun analyzing the accuracy of initial Alaskan soil survey data on Kodiak Island that soil scientists before him have collected.

“I have some experience with the Alaskan soils through (the field tour), so that really made me feel like I could handle working there (with) their soils,” Singer said. “The nature and the landscapes of Alaska (are) pretty breathtaking, so I thought might as well start there and see some of the sites while I’m young, and then maybe move back home later if I feel like it.”

The NRCS has almost 3,000 offices in the United States and its territories; however, very few are still conducting initial soil mapping, leaving Singer with minimal career options in that field. Initial soil mapping involves sampling soils and using soil-vegetation-landscape relationships of an area in order to create a soil survey that has never been sampled and described before.

Through initial mapping, Singer is able to interpret the strengths and weaknesses of the soil type, allowing landowners to determine what the land is capable of being used for.

According to the USDA-NRCS Initial Mapping focus team, in the United States, roughly 450 million acres have yet to be mapped with 307 million of those acres being located in Alaska, making it the prime location for Singer to contribute to the NRCS’s goal of mapping the entire United States by 2026.

“I wanted to do some initial mapping before it was all over with,” said Singer. “The reason why I’d like to do initial mapping is it entails a lot more fieldwork. By being in the field, you can enjoy nature, and you’re judging the soil by digging holes instead of looking at what the soil description is on the computer and researching different soil aspects in the office, which is necessary and fun at the same time. But being in the field, every once in a while, adds the excitement of discovering what exactly is beneath your feet.” 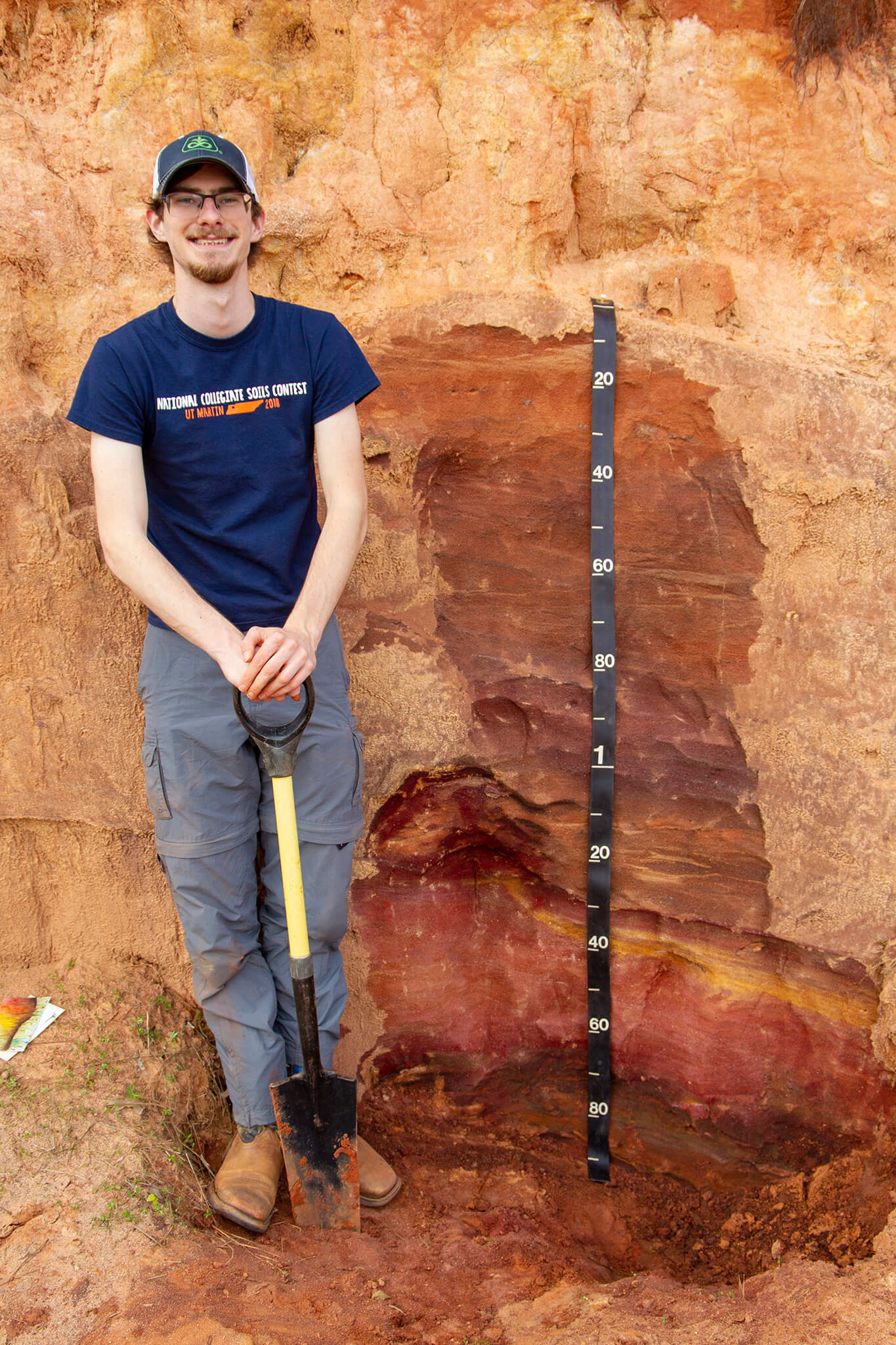 While in Alaska, Singer will be responsible for “utilizing soil-landscape relationships to systematically map and describe the way soils occur in the landscape, which involves sampling soil profiles by digging soil pits and describing the characteristics of the soils found in that area.”

Singer’s interest in soil science began while he was an active member of FFA in high school, in which he had the opportunity to compete in land-judging competitions to determine what the land could be used for. Similar to the soil judging competitions he later participated in at UT Martin, Singer realized soil morphology, or the formation and arrangement of soil horizons, was the field he wanted to study and potentially pursue a career in.

“The main goal I wanted to (accomplish) by coming to college and getting a degree (was) to find a career pathway that I was passionate about and would like waking up and going to work every day with,” Singer said. “I had an inkling that maybe a soil scientist, or a career like that, could be something that I would like and be my dream career. By taking some classes my first couple of years, I realized, ‘okay, there are soil scientists out there; that’s a real thing.’”

“That was my main goal after a little while… I want to be a soil scientist. Then, it turned into I want to be a soil scientist for the NRCS, doing pedology otherwise known as soil morphology, specifically. It’s a very dynamic science that a lot of people don’t necessarily get interested in because they just think all soil is the same and it’s just dirt, but really it’s an underground ecosystem with a bunch of dynamic properties and reactions going on that really affect what the land is capable of being used for,” Singer explained.

In his time at UT Martin, between the soil science classes he took, his internships through the NRCS, global travel studies and his University Scholars two-year research project with the mentorship of Dr. Paula Gale, Singer has worked with hundreds of soils such as Gelisols in Fairbanks, Alaska; Birome soil series and Vertisols in Dallas, Texas; Inceptisols in Jackson, Tennessee; Grangeville soil series in San Diego, California; and even Andisols all of the way in Reykjavik, Iceland. He is looking forward to studying the Spodosols, found in Homer, the most when he arrives.

“I can’t wait to get out to the field and look at some soil profiles of Alaska.”

Photo ID: Michael Singer is featured with the “Rainbow Soil,” a soil found in Dresden, Tennessee, formed in coastal plain’s parent material, which forms multiple colors in the soil horizon.