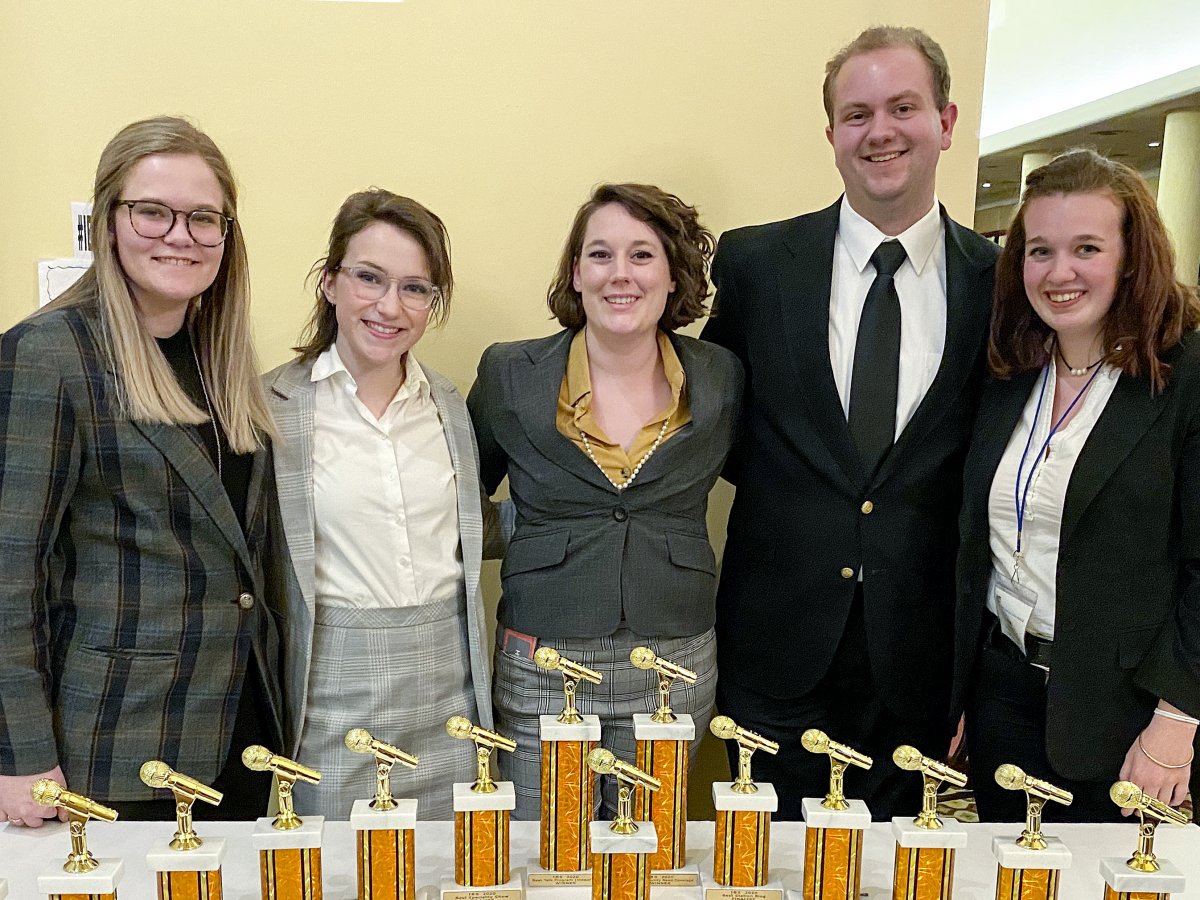 WUTM-FM 90.3 “The Hawk,” the University of Tennessee at Martin student-run campus radio station, brought home 20 awards from the Intercollegiate Broadcasting System Media annual conference held March 6-8, in New York City, including the station’s 10th consecutive Platinum Award. This is the highest peer-reviewed award given by the Intercollegiate Broadcasting System.

WUTM won four first-place awards, as well as 16 top-five finalist awards at the conference, including its designation as one of the top-five Best College Radio Stations with under 10,000 students enrolled. WUTM has earned a position in the top five for this category eight of the past nine years.

“Year after year, our judges are continuously impressed with the quality of work from Dr. Robinson’s students at WUTM. Few programs in the country have consistently stayed at the top of their game year after year like they have,” said IBS President Chris Thomas.

Attending the conference to receive the awards were Brooks, Bocher, Davis, Moncrief, Robinson and Jonathon Kirkland, of Martin.

WUTM-FM 90.3 “The Hawk” is produced by the Department of Communications. For more information, contact Robinson at 731-881-7555 or rrobins@utm.edu.