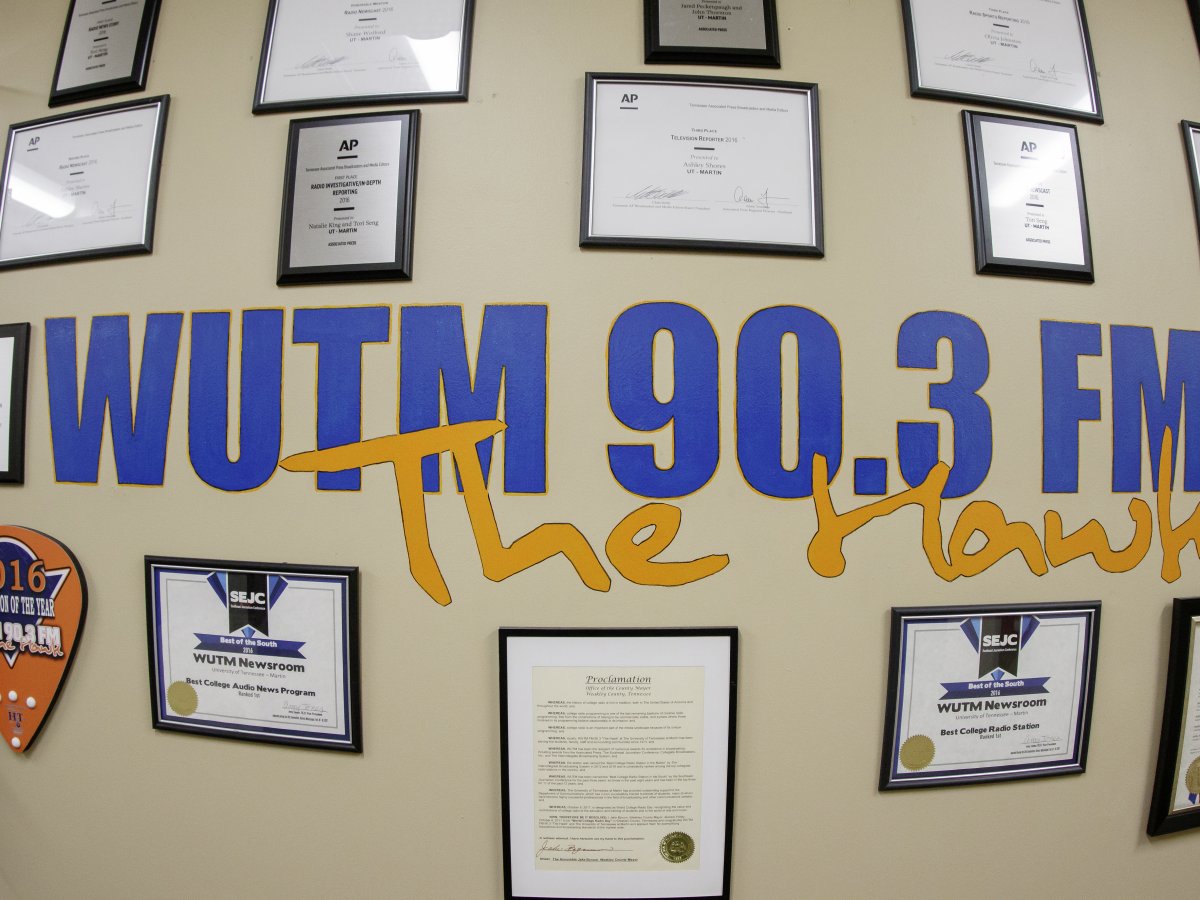 The University of Tennessee at Martin student-run radio station WUTM-FM 90.3 “The Hawk” won 13 awards at the Tennessee Associated Press 2020 College competition, including four first-place awards and Best of Show in radio.

“The AP college awards are open to all schools in Tennessee and honor the best work by college journalists working across all platforms – television, radio, print and digital. The competition is pretty fierce, and this year’s results show UT Martin is producing some of the state’s best young journalists,” said Adam Yeomans, southern regional director of The Associated Press. “It’s a credit to their drive and talent, not to mention the direction and guidance they receive from the school’s instructors.”

Second-place honors include Brooks for the radio news story and Moncrief for the use of sound categories.

Of the award recipients, two recent UT Martin graduates and a current student have already begun their careers in broadcast communications. Moncrief is an associate news producer and social media manager for WPSD in Paducah, Kentucky; Thornton has accepted a position as the lead sports play-by-play announcer for Union City sports at Froggy 99.3 radio station, alongside Taylor who will serve as the lead sports analyst and sales specialist. The other recipients will return to UT Martin in the fall to continue their education.

With the 13 awards from AP, WUTM also received an additional 30 awards this year from news and broadcast organizations, including the Intercollegiate Broadcasting System, Collegiate Broadcasters, Inc., and the Southeast Journalism Conference.