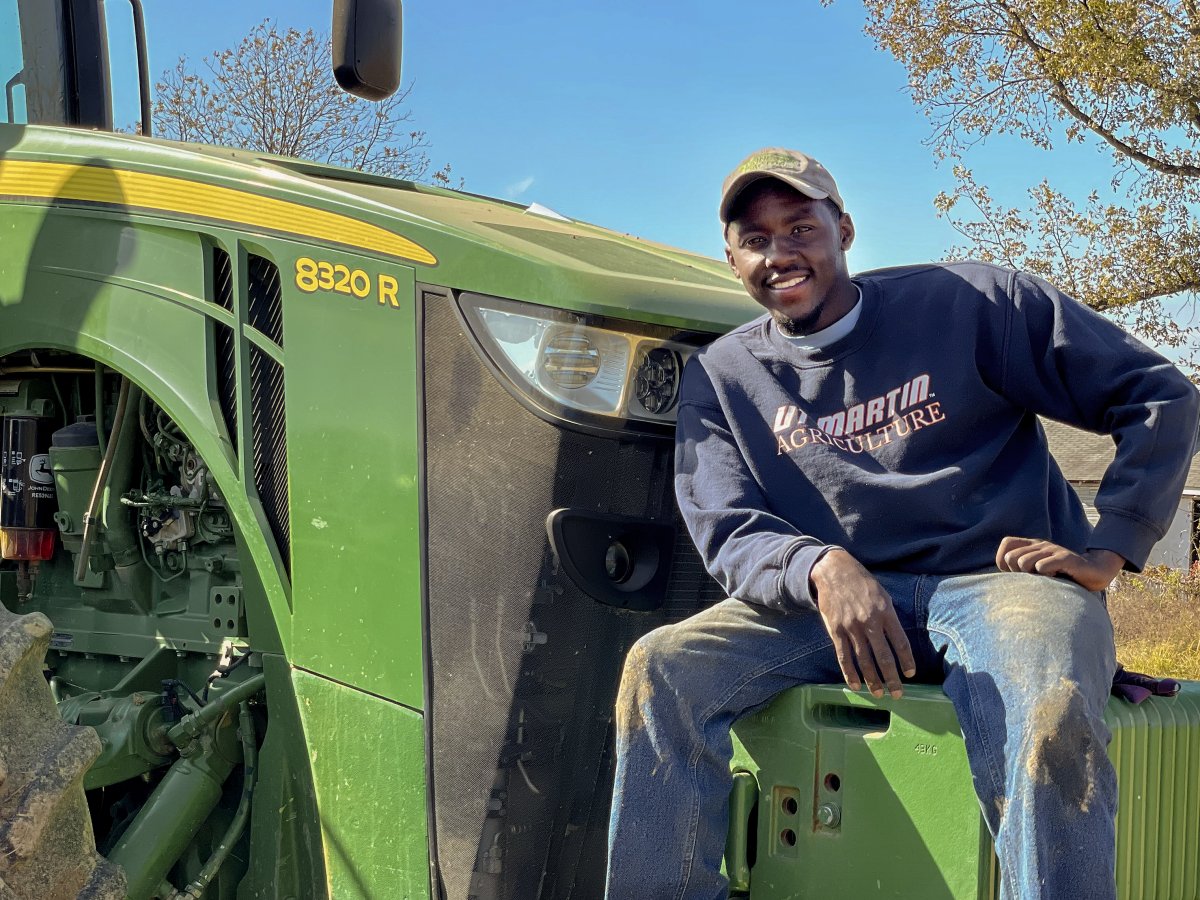 Justin Foulks at his family's farm in Rondo, Arkansas.

When Justin Foulks received the news during his junior year of college that his cousin had been killed in an accident, he knew the responsibilities of his family farm in Rondo, Arkansas, would now increase. As an agribusiness major, Foulks was preparing himself with the education he needed to help his great-uncle and cousin make the 3,200-acre farm as successful as possible; however, he never planned on running it without his cousin and mentor.

“I’ll be the first generation to go to school for farming. My family’s been farming since the early 1930s. The same land we’re running over now, my family was raised on it,” Foulks said. “My cousin ended up sending me off to school. I told him I had an interest in farming, and he (had been) teaching me the roles since I was eight. I still remember the day he said, ‘Well, if you’re going to do it, do it the right way and go to school, get your degree and come back. The farmland will be here forever.’

“(My cousin) ended up passing away last year… and somebody had to help my family with the leadership responsibilities on the farm, or we’d have ended up selling. So, I switched to completely online and started doing school full-time and farming full-time, and here I am at the finish line. It’s been a journey, but I’m here.”

While Foulks’ plan for his future changed drastically during his college career, he has found peace and comfort through his faith to help him continue the legacy his grandfather and uncle have built. He knows the many hardships and challenges they faced have paved the way for him to be successful.

“Philippians 4:13, that’s what I believe in. ‘I can do all things through Christ who strengthens me.’ Every day is a blessing to wake up. This is God’s country. If it wasn’t for the good Lord, I don’t know where I’d be,” Foulks said. “I never, being so young, expected to endure such a harsh (loss). Everybody says life is supposed to be peaches and cream when you’re young, but for me, that was my mentor. He’s the only reason I really went to school for farming. Seeing him do what he did inspired me. It inspired me to continue the same path. I know he’s smiling because I’m carrying on the tradition. We’re out here doing what he loved to do.”

After working on a farm for most of his life, Foulks knew if he was going to go to college for agriculture, he needed a hands-on program that would give him a better understanding of the technical and business sides of running a farm.

“The hands-on experience is 10-times better than actually being in a classroom. Because I’ve seen both sides of being a farmer and being an agribusiness graduate, I’ve learned that – that farmers don’t want somebody to tell them what to do that doesn’t have experience,” Foulks explained. “They need somebody to understand the hardships and everything that goes into farming, to understand the good days and bad days. … I think UT Martin has helped me gauge what I need to do to be successful in the agriculture sector.

He says the many challenges he’s overcome since moving his degree online couldn’t have been achieved without the help and understanding of the Department of Agriculture, Geosciences and Natural Resources. From having to do schoolwork in his truck and tractor to staying up late to turn in assignments because planting took longer than expected, Foulks has experienced the grace of faculty memebers who understand the difficulties of running a farm while also finishing school.

“I (have to) give a big shoutout to the ag program, the AGNR office, all of them. It’s a family over there. When (my cousin died), … they said whatever we can do to help you, we’ve got to make sure you finish. That’s all they cared about was ‘we’ve got to make sure you finish,’” Foulks said. “They don’t realize how good of a blessing they were to me.”

After graduation, Foulks has plans to help expand the farm. While he originally intended to watch it grow with his cousin, he knows that with what he learned at UT Martin, what his cousin taught him, as well as his faith, he will be prepared to handle whatever else comes his way.

“He definitely instilled in me to make sure I do everything I can do (to succeed),” Foulks said. “When you’re farming, it’s pretty much faith. You never know what’s going to happen. Just focus on weed control, a little water and fertilizer, and the Lord will cover the rest.”

Foulks graduated from UT Martin on Nov. 21 with a Bachelor of Science degree in agricultural business knowing everything he has been through has prepared him to carry on his family’s tradition as a successful farmer.