From people to wildlife, Mecklin remains dedicated to serving those in need 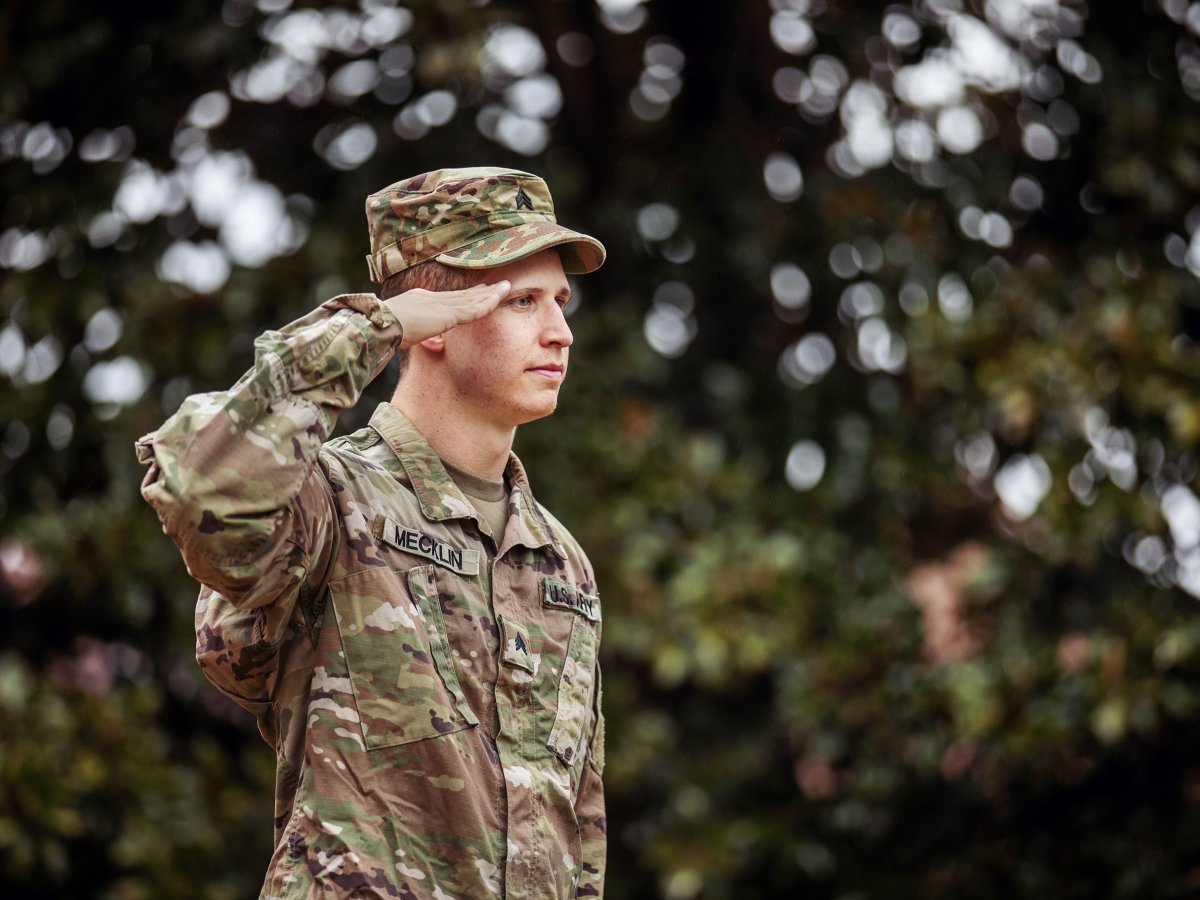 From Tennessee to Washington, D.C., and even Bulgaria, Isaac Mecklin, of Munford, has proudly served the United States as a soldier in the Tennessee Army National Guard while completing his degree in natural resources management from the University of Tennessee at Martin. As his time in the military and at UT Martin comes to an end, Mecklin’s next mission will find him in Florida serving a different community in need: wildlife.

After graduating in December, Mecklin accepted a position with the United States Department of Agriculture Wildlife Services as a biological science technician in Ruskin, Florida. Mecklin will be responsible for preparing and conducting field and animal studies designed to assess the risks of pathogen transmission in wildlife, domestic animals and humans, as well as develop methods to reduce or eliminate the transmission through partnership with other environmental agencies and universities.

“I’m excited for the opportunity because it will give me the chance to work with a wide variety of different agencies while collecting data that will enhance private landowner’s success toward eradicating diseases that domestic animals carry,” Mecklin said.

While Mecklin is confident in taking this next step in his life, natural resources management wasn’t the obvious career path for him when he graduated high school. Mecklin enlisted in the Tennessee Army National Guard as a military police officer at 19 while earning his associate degree in criminal justice from Dyersburg State Community College. Now that his enlistment is ending in 2021, Mecklin is thankful for the experiences he gained in the military and the educational opportunities provided by the National Guard that led him to wildlife services. 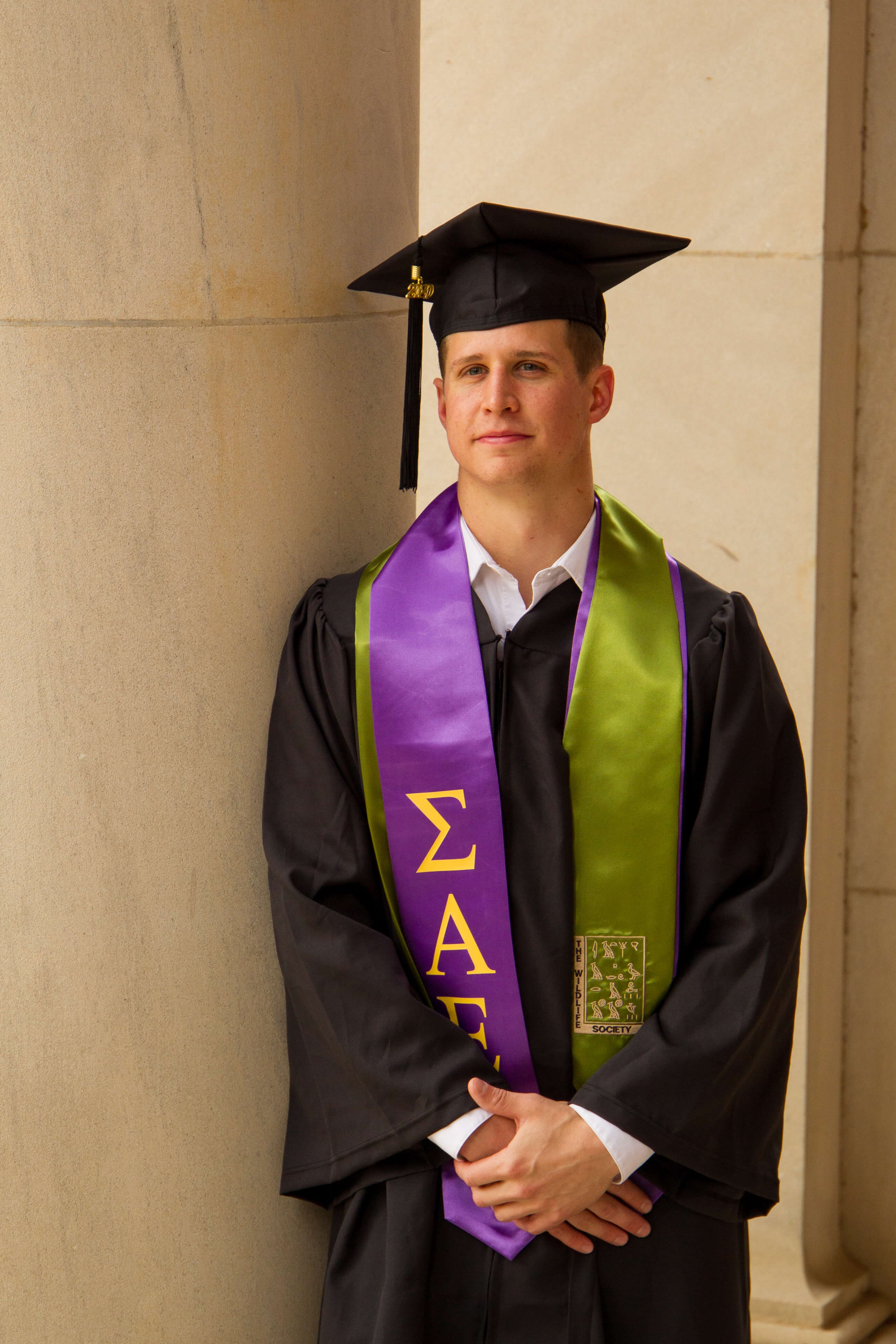 “I wanted to serve in the community, and that was a big part of the National Guard,” Mecklin said. “I also wanted to knock out school, so I could do both of those things at once.”

His desire to help his community is what guided Mecklin through three deployments during his time at UT Martin. From standing guard at the 2016 presidential inauguration in Washington, D.C., to training multi-coalition forces in Bulgaria in 2019, as well as serving as security for protestors in Memphis during the Black Lives Matter protests in 2020, Mecklin has answered his unit’s call to serve regardless of how it would affect his education. Thankfully through the understanding of his faculty members, Mecklin was able to complete his coursework while dedicating himself to his military duty.

“The faculty and staff have really been supportive of me … and the professors really helped me out,” Mecklin said. “It’s a very veteran-oriented school.”

Mecklin did not grow up with access to or an interest in wildlife, but through the influence of his uncle, he developed a deep love and respect for nature that pushed him to study wildlife biology at UT Martin. With a goal to become a game warden, Mecklin realized that there were many other opportunities in the field to protect wildlife while still safely utilizing the resources provided in nature.

“I want to preserve (wildlife) for as long as I can. I am not by any means a preservationist; I would classify myself as a conservationist,” Mecklin explained. “Being able to use the land and also respecting it at the same time is what defines conservation for me, compared to preservation that sets aside the land in its entirety all together. This is why I chose wildlife biology. That’s why I like it and what I hope to give to future generations.”

Now as a biological science technician for the USDA Wildlife Services, Mecklin plans to do just that and continue serving communities in need.