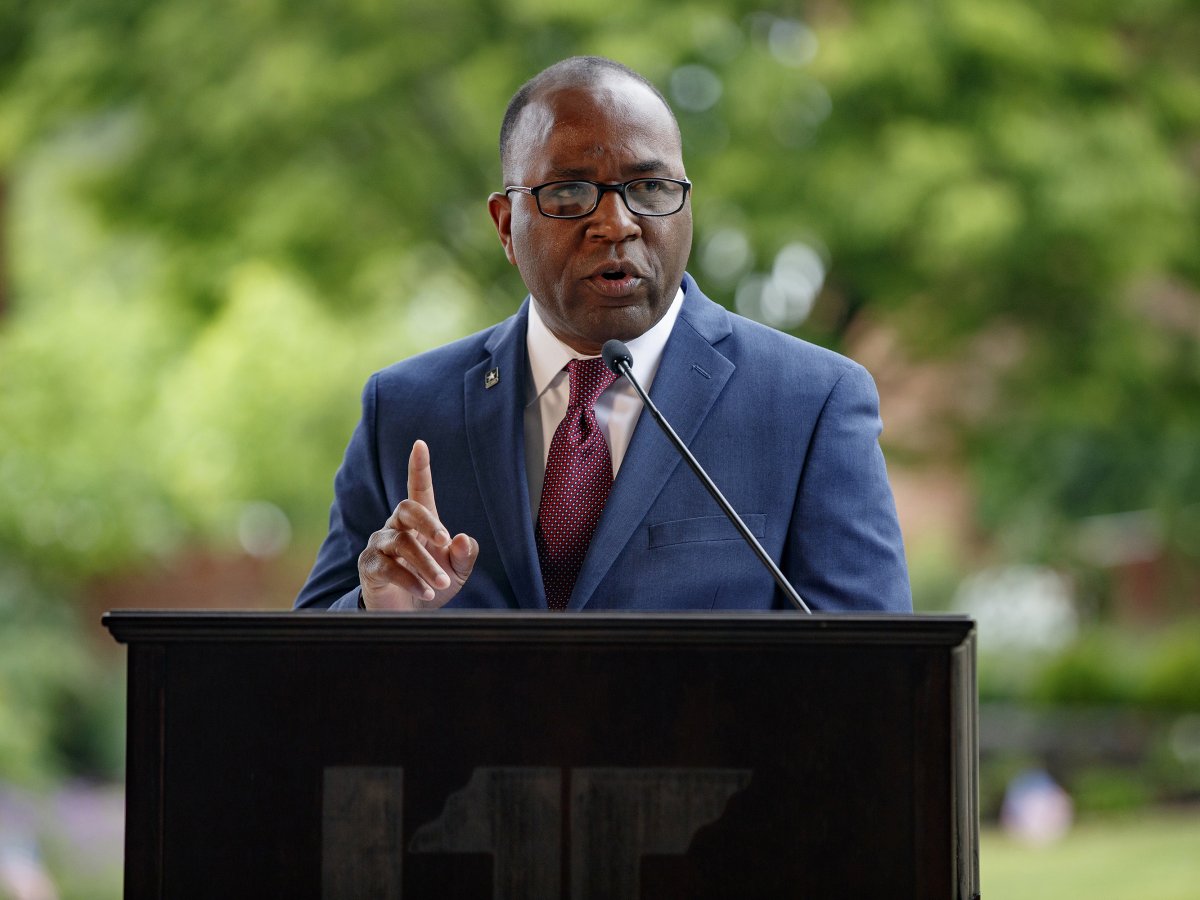 Retired Col. Ardis Porter was the speaker for the 21st Memorial Day Commemoration, May 28, at the University of Tennessee at Martin. Porter served 30 years in the military and is program manager for Veterans Employed in Technology and Service in Agriculture at Agricenter International in Memphis. The event was livestreamed on Facebook and YouTube.

A virtual ceremony marked the 21st year for the University of Tennessee at Martin to observe Memorial Day during its annual commemoration event Friday, May 28, at the main campus. The 9 a.m. ceremony was held between the Boling University Center and Paul Meek Library and livestreamed on the university’s Facebook page and YouTube channel. The program was also broadcast live on UT Martin’s student radio station, WUTM 90.3 “The Hawk.”

Memorial Day is observed annually on the last Monday in May and honors military members who have died in the protection of the United States. Originally known as Decoration Day, the observance was renamed in 1971 when it became a federal holiday. 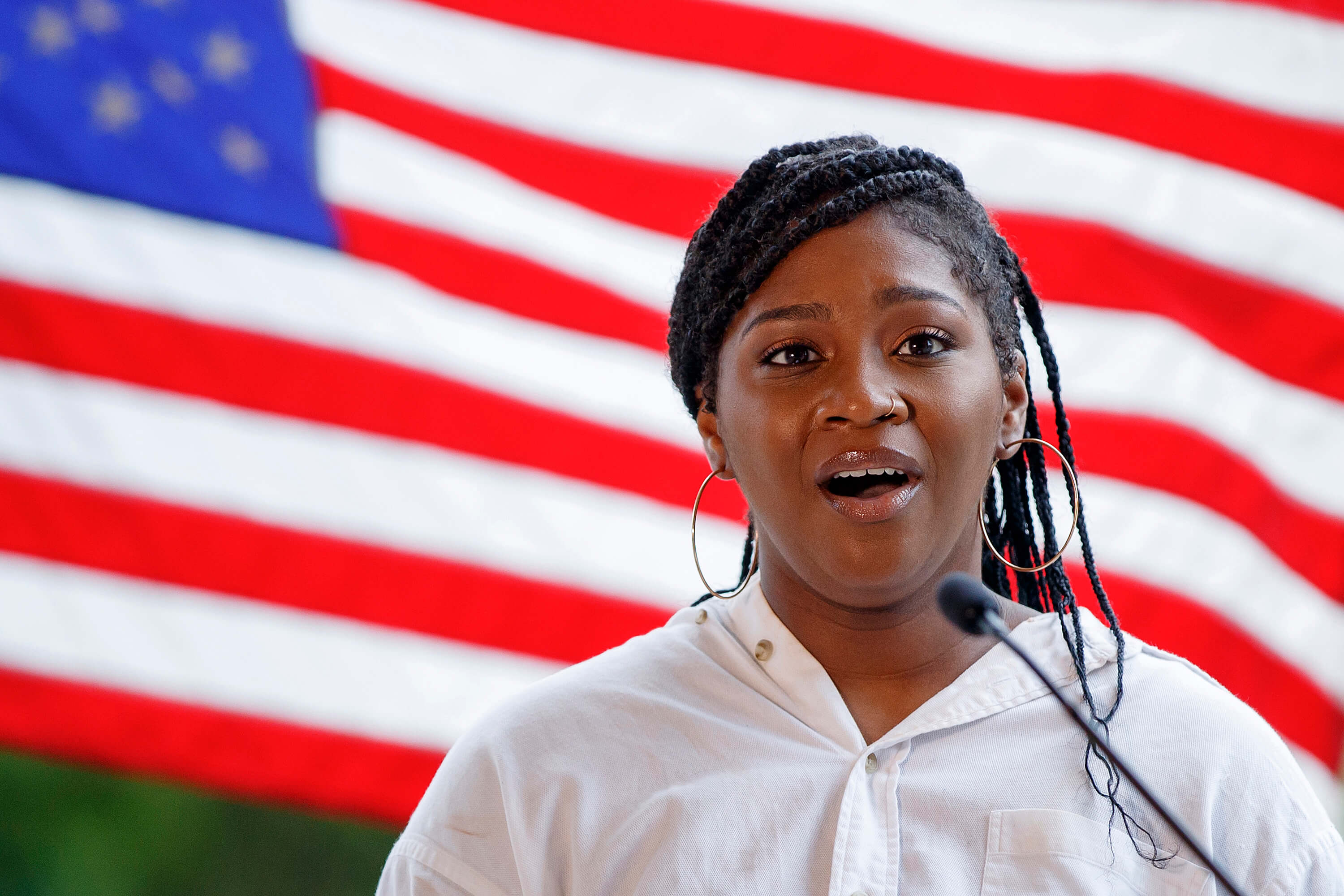 Col. Ardis Porter, a retired U.S. Army officer, served as the commemoration speaker. In his last assignment, Porter was a deputy chief of staff for the U.S. Army Human Resources Command at Fort Knox, Kentucky. The Lipscomb University graduate holds a master’s degree from Webster University in St. Louis, Missouri, and received his commission as a second lieutenant through Vanderbilt University’s ROTC program. The 30-year military veteran is currently program manager for Veterans Employed in Technology and Service in Agriculture at Agricenter International in Memphis. VETSA prepares transitioning military personnel and veterans for civilian careers in agricultural service and support sectors.

Porter told of his military legacy that included his grandfather’s and father’s U.S. Army service as non-commissioned officers during World War II and the Vietnam War respectively. He referenced a 1962 speech by Gen. Douglas MacArthur to West Point cadets when MacArthur spoke about the importance of duty, honor and country as those who were graduating prepared to accept their officer commissions.

“General MacArthur wanted these cadets to understand that these three principles would help to build courage when courage seems to fail, to gain faith when there seems to be little cause for faith, and to create hope when hope becomes lost,” he said, adding that the Memorial Day observance recalls the men and women who made the ultimate sacrifice for duty, honor and country.

“Today, we remember the men and women who courageously gave their lives, and we thank them for all that they have done to make America the land of the free,” Porter said. He also recognized those who serve in peacetime and said that all military members share important qualities even though they come from different walks of life.

“Today, we remember the men and women who courageously gave their lives, and we thank them for all that they have done to make America the land of the free.”

“They possess courage, pride, determination, selflessness and a dedication to duty, honor and country,” he said, adding that many who served didn’t volunteer to fight in wars. “They didn’t go to war because they loved fighting,” he said. “But they were called to be a part of something bigger and greater than themselves. … They rose to the nation’s call because they wanted to protect a nation which has given them, which has given us, so very much.”

Porter said that nothing can ever fill the void left by a fallen service member, but we can use Memorial Day as a time to remember and be grateful for the sacrifices made.

“We in this country are so very blessed, and we owe a great debt of gratitude to those who sacrificed their lives so that we can live free,” he said. “We can start to pay that debt by not forgetting but by remembering what they did and what they stood for.

“I personally believe that we have a responsibility as fellow citizens to remember the nation’s brave fallen men and women. We must never forget those who paid the price for our freedom and always be thankful for their service to this great country.”

“I personally believe that we have a responsibility as fellow citizens to remember the nation’s brave fallen men and women. We must never forget those who paid the price for our freedom and always be thankful for their service to this great country.”

Rep. David Kustoff (R-TN 8th District) provided a video message for the event and thanked Porter and all military members and veterans for their service. “The men and women that serve in our military perform the highest form of public service, and we’re forever indebted to them,” he said. “There’s no greater or nobler sacrifice than to lay your life on the line for your family, your friends, your neighbors and your country.”

The event concluded with a 21-gun salute by the UT Martin Department of Public Safety and Martin Police Department and the playing of taps by UT Martin student Aaron MacDonald, a freshman music major from Henry.