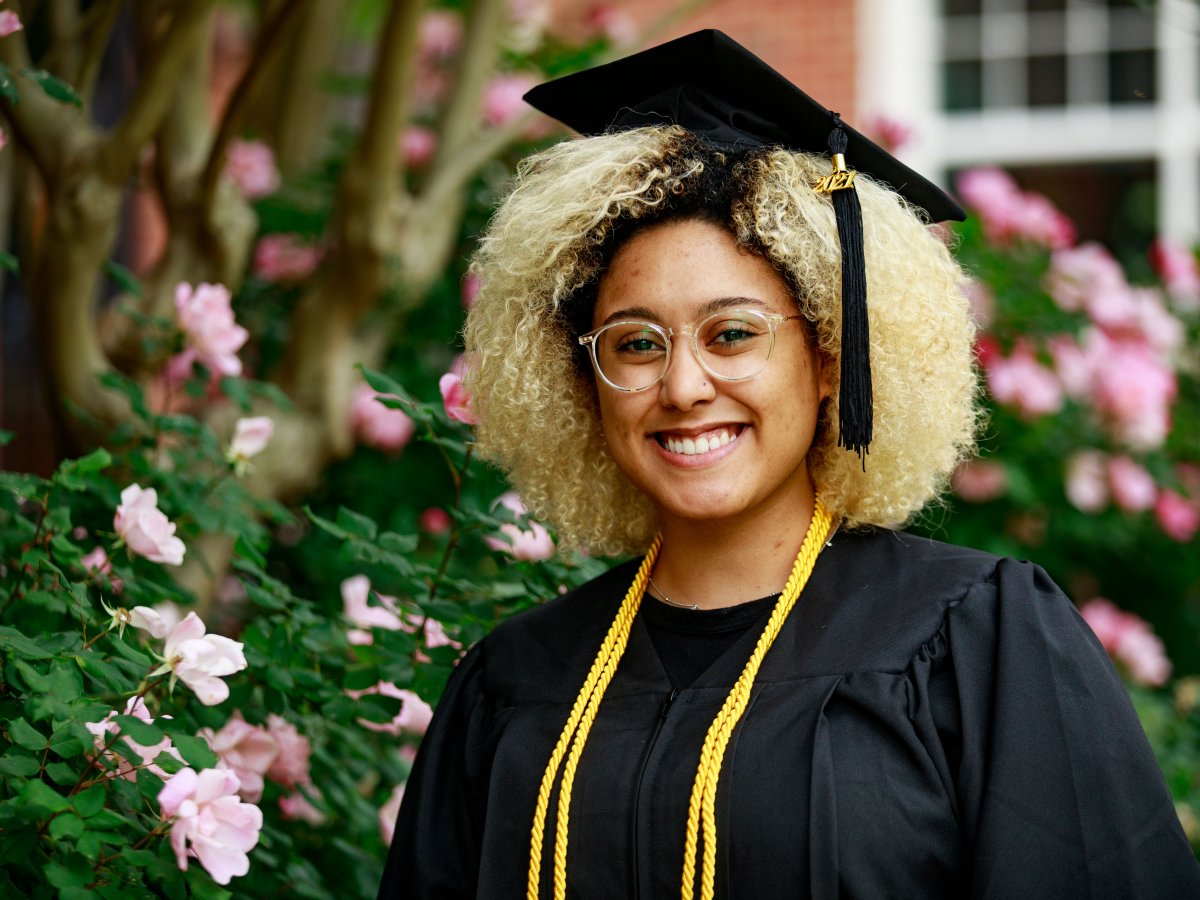 Alexis Millsaps prides herself on building community and bringing people together from different backgrounds. She doesn’t engage people for recognition, but her accomplishments were hard to ignore as she earned one of five statewide student Harold Love Community Service Awards in April from the Tennessee Higher Education Commission. She then was announced as one of three Paul and Martha Meek Leadership Award recipients during May 8 commencement when she received her bachelor’s degree in communications from the University of Tennessee at Martin.

Millsaps was raised in Columbia, Tennessee, graduated from Columbia Central High School and transferred to UT Martin from Columbia State Community College. Upon transferring to UT Martin, Millsaps observed the challenges faced by other transfer students adjusting to the university, including a lack of supporting resources. She responded to the need by founding the Transfers for Life organization, which builds a community for transfer students to help them establish relationships and navigate UT Martin together. The group holds regular meetings throughout the school year so students can forge bonds and have a greater chance to succeed.

“I started that organization because I was initially a Transfer Boot Camp mentor,” she said. “I went from being a freshman mentor to a transfer student mentor, and I think transfer students fall through the cracks occasionally. I wanted to be the person that made sure they didn’t, so I’m really proud of that.” 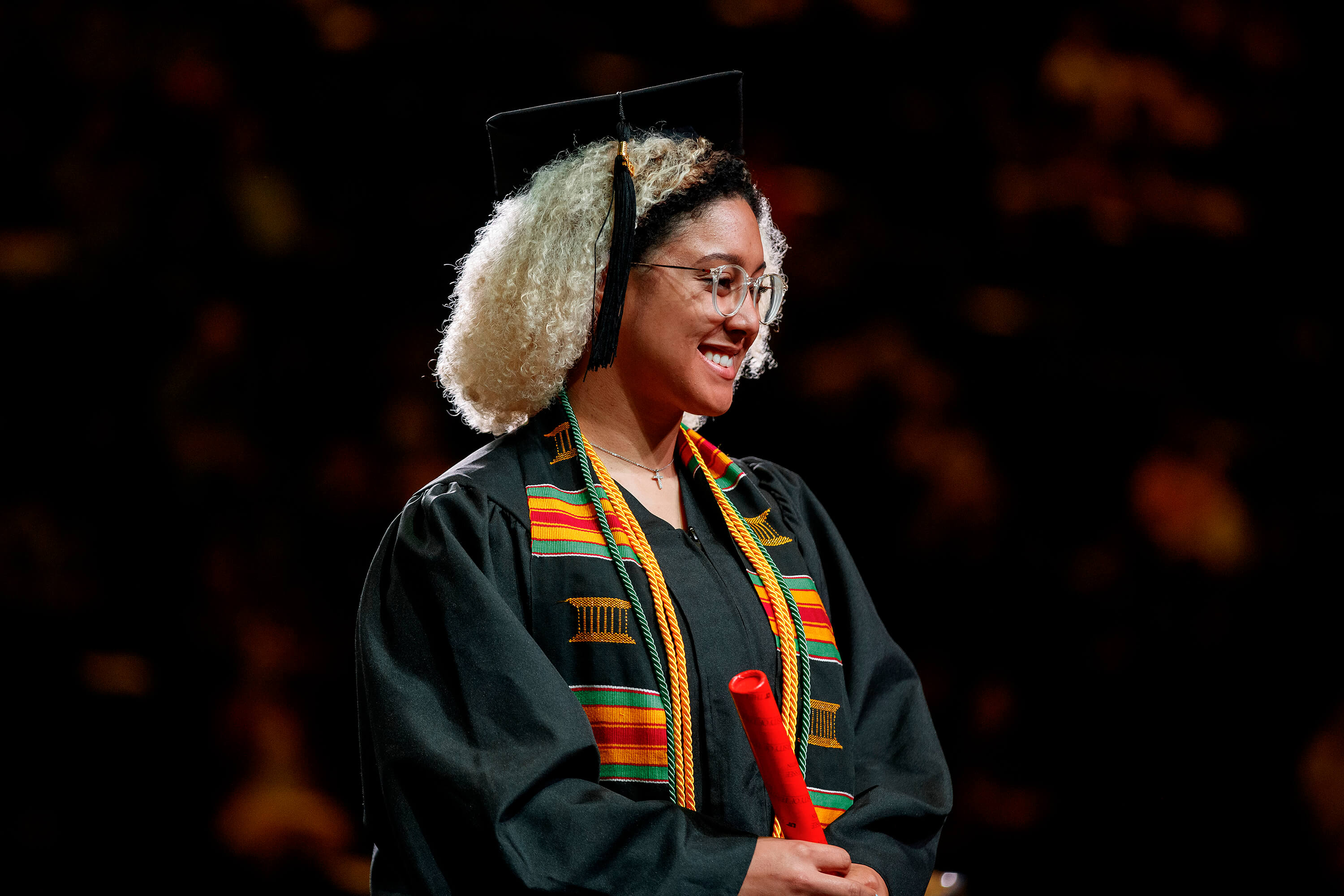 Millsaps also worked to pioneer social change at UT Martin. Through her activism with the Black History Matters Coalition, the Black Student Association and the university’s annual Civil Rights Conference, she helped raise awareness around issues that minorities face today and used her voice to push for solutions to make the university a better place for all people.

I’m really proud of the BSA (Black Student Association). … I loved being the civil rights chair. … That changed my life in a lot of ways,” she said. “I was also a part of the Skyhawks for a required African American history class, and that showed me a lot of leadership and navigating different publics. I really put my degree to work before I graduated.”

The Harold Love Outstanding Community Service Award is named for the late State Representative Harold Love who was instrumental in passing the enabling legislation to create community service recognition programs for Tennessee colleges and universities. The legislation was enacted by the Tennessee General Assembly in 1991, and the awards program annually honors five students and five faculty/staff members for outstanding community service and volunteer work. In his Love Award nomination letter, UT Martin Chancellor Keith Carver noted his respect for Millsaps as an agent for change.

“We are both firm believers in the notion that you can love an organization but also see where it can benefit from change, and Alexis has used her voice to confront the areas where she believes the university, as well as administrators, need to improve upon concerning our minority students, faculty and staff.”

“Through many difficult conversations, Alexis has never shied away from addressing issues concerning racial and social injustice, especially at UT Martin,” Carver wrote. “We are both firm believers in the notion that you can love an organization but also see where it can benefit from change, and Alexis has used her voice to confront the areas where she believes the university, as well as administrators, need to improve upon concerning our minority students, faculty and staff.”

May was a big month for Millsaps in more ways than one, starting with a campus reception May 4 to honor her for receiving the Love Award. She was unaware that she was also nominated for the Paul and Martha Meek Leadership Award, the only award presented during UT Martin commencement. Her family and many friends were present at Skyhawk Arena to see Millsaps receive both her degree and her second major award during her final semester as a UT Martin student. 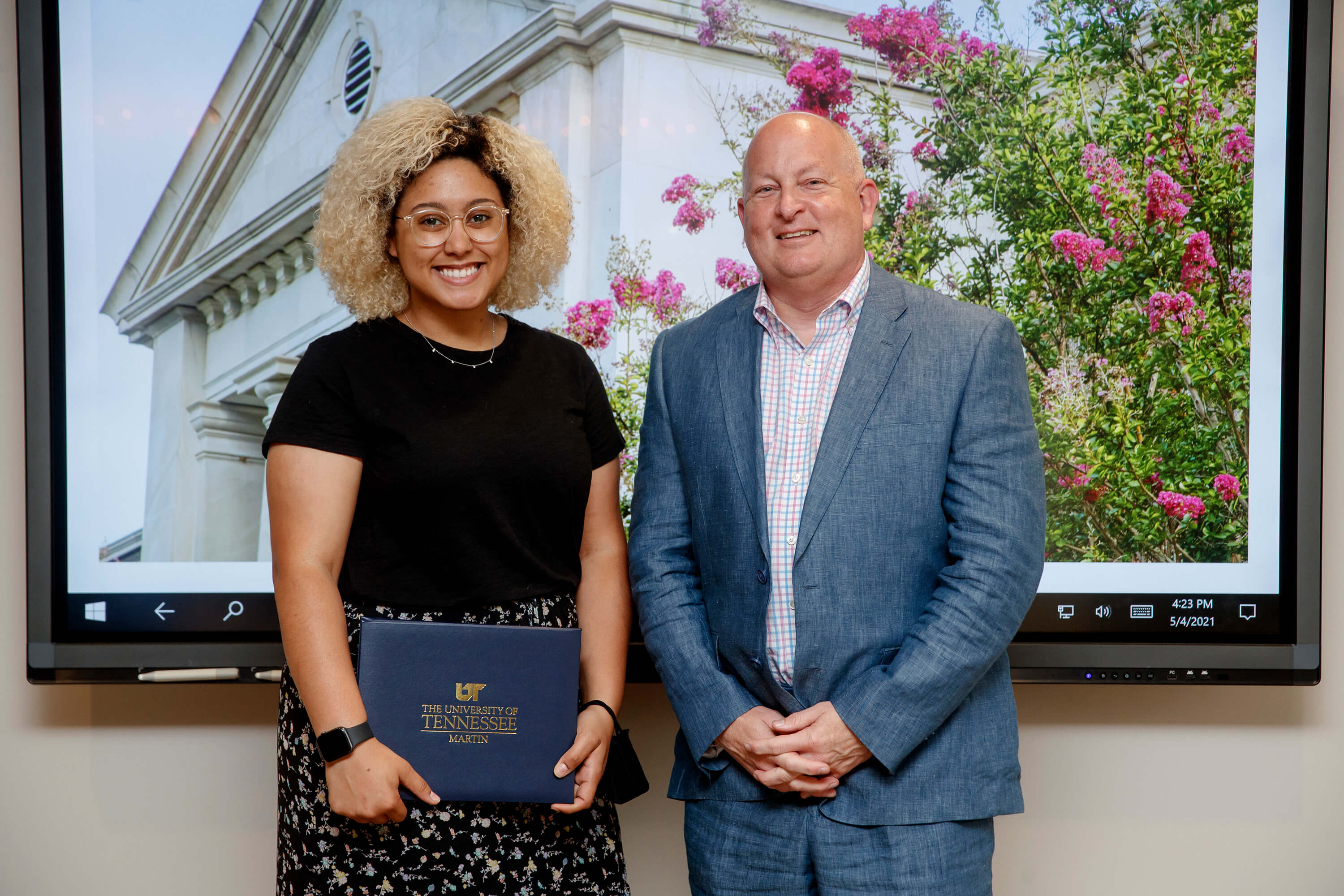 Millsaps is pictured with UT Martin Chancellor Keith Carver after receiving the Harold Love Outstanding Community Service Award in May.

Millsaps remains humble through all of the recognition and, in many ways, still finds it hard to believe that these recognitions have come her way. Then again, her desire to build communities wherever she lands contributed to her success. “I think all the leadership positions that I’ve gotten to have, have led me to building community where people didn’t think it could be built,” she said. “So, I’m really grateful that people trusted me to do that and followed me in those rooms.”

Alexis Millsaps is ready to make a difference both in the communications field and wherever her career takes her. Everything circles back to community.

“I think we all have a role to play in how we build community in the friend groups that we’re in, and I think people don’t really accept that responsibility,” she said. “But I decided that I wanted to be in all the rooms that decisions were being made, and I wanted to create friendships and community in all those rooms as well.”