University road to be named after Dr. Jerry D. Gresham 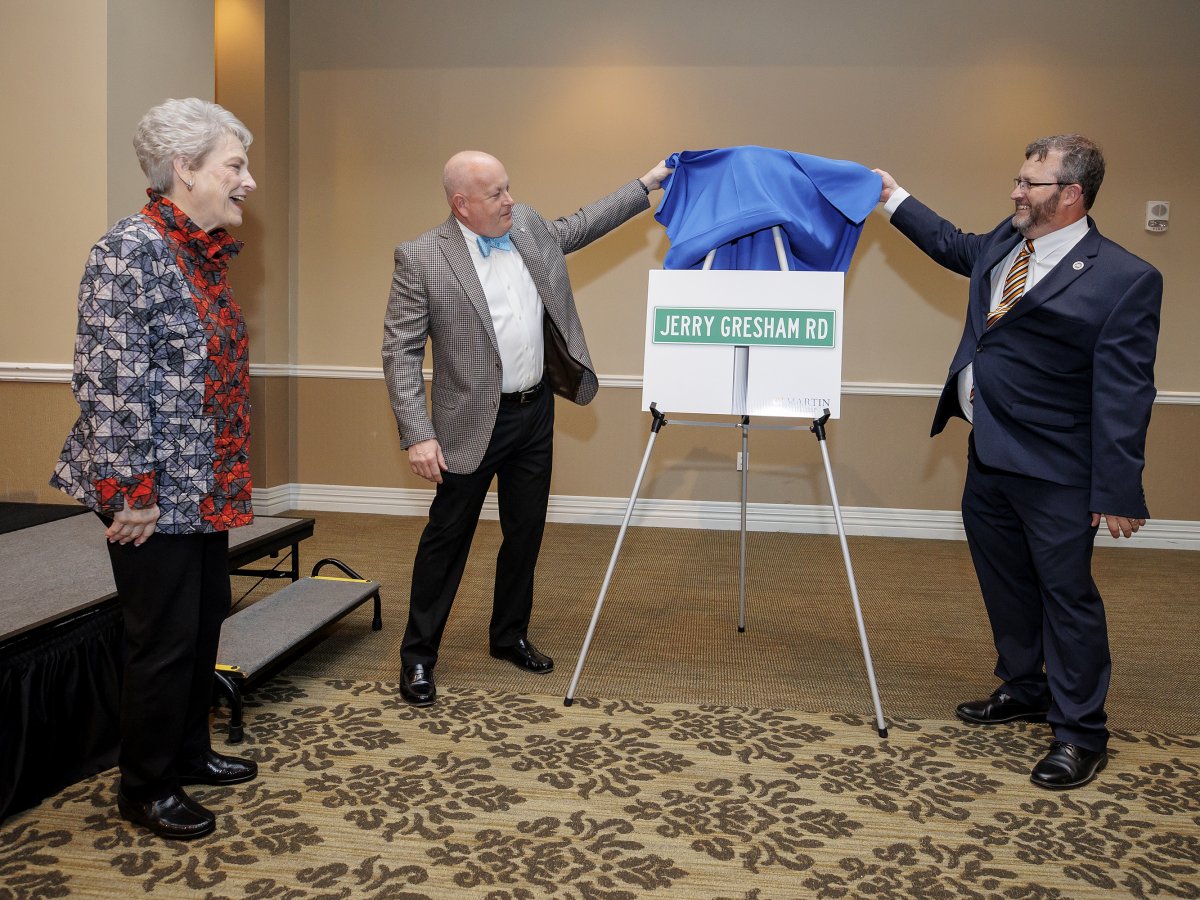 Gresham grew up on a wheat and cotton farm in Altus, Oklahoma, and had a passion for cattle, swine and the FFA organization. This passion inspired him to pursue a Bachelor of Science degree in Animal Science at Oklahoma State University in Stillwater. As a first-generation college student, he became involved in the ROTC program and finished his degree as a distinguished military graduate.

Gresham came to UT Martin in 1973 after serving in the Army for four years and finishing his master’s degree and his doctorate in meat science at Oklahoma State University. Although he only planned to hold the position of assistant professor for three or four years, Gresham fell in love with UT Martin and served for 39 years until his retirement in spring 2013.

During his time at UT Martin, Gresham served as the dean of the College of Agriculture and Applied Sciences until his retirement, and his strong ability to manage his budgets with what he liked to call “aggie math” allowed the university to further fund experiential opportunities for agricultural students, such as the UT Martin Teaching and Demonstration Farm. Gresham also received the Cunningham Outstanding Teacher/Scholar award in 2003 and was named the University of Tennessee National Alumni Association Distinguished Service Professor in 2005.

Gresham supported the university during his lifetime, and his wife, Carolyn, has continued their philanthropy since his death in 2017. The Jerry and Carolyn Gresham Family Scholarship was endowed in their honor, and their two children, Darryl and Darcia, are UT Martin graduates. Over their years of support, the Gresham family has donated more than $115,000 to the UT Martin campus.

“Jerry Gresham was a man’s man. He was like a father to me,” Dr. Wes Totten, chair of the Department of Agriculture, Geosciences and Natural Resources. “He was my mentor then and his spirit still mentors me today. I can’t put a price or measure on the positive influence he has had on me, and I pray that everyone has a Jerry Gresham in their life.”