Family business is next stop for UT Martin grad 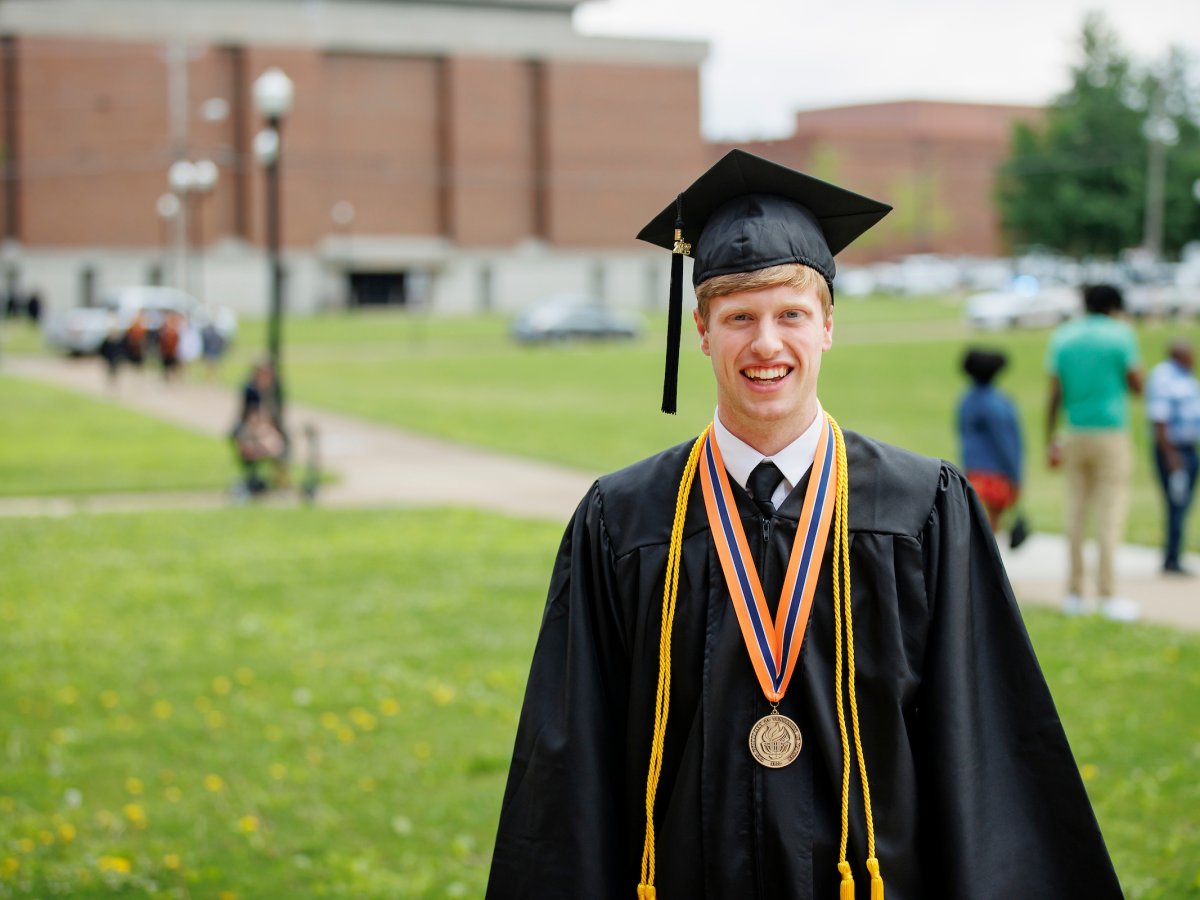 Benjamin Beard has been called a renaissance man on more than one occasion in his life. His constant involvement and wide skill set have made him a well-known name at the University of Tennessee at Martin. He earned double degrees in accounting and finance on May 7 when he participated in UT Martin’s commencement ceremony at the Kathleen and Tom Elam Center on the main campus.

Beard is a local student, having grown up in Union City. His first interaction with UT Martin was through the Tennessee Governor’s School for Agricultural Sciences. He credits this experience for his decision to attend UT Martin.

“Even though I never pursued a degree in ag, being able to meet other students is what drew me.”

“That experience was important for being able to see the campus, meet some of the students, meet the professors,” said Beard. “Even though I never pursued a degree in ag, being able to meet other students is what drew me.”

Fast forward to fall of 2018, Beard started his first semester at UT Martin as a music major. He thought his passion for playing the piano would lead to a career, but his course of study changed early in his collegiate experience. “I wanted music to be a hobby, something that I enjoyed. The burden of pursuing it as a career was pulling the joy out of it,” he said.

“He raised us and taught us the financial habits we needed to have,” Beard said. “We had a little system at home with our allowance where we had to give 10%, save 20% and we could spend the other 70% on whatever we wanted.”

When faced with the decision of selecting a new major, Beard recalled the work his father does as an investment adviser. “He raised us and taught us the financial habits we needed to have,” Beard said. “We had a little system at home with our allowance where we had to give 10%, save 20% and we could spend the other 70% on whatever we wanted.” It was small fundamental practices like this that he believes ignited his passion for finance and accounting.

Beard was able to put his degree to use before he even completed it. As a University Scholar, he had to complete a two-year project and defend it before a panel of his professors and Scholar advisers. He did a historical analysis of the tax-planning strategy known as “buy, borrow, die.” The strategy is to buy assets, borrow against them to finance a certain lifestyle, and then die leaving those assets to heirs.

Even though Beard doesn’t advise others to do this strategy, he knows he would have never done this research project without the structure and guidance provided through the University Scholars program. “The project itself helped me directly in some of my tax classes and helped to give me a good foundation for some tax law.”

He also gained valuable real-world experience through the Community Bank Case Study. In 2021, Beard along with three other UT Martin students competed and placed first in this national competition. They examined how local community banks navigated the COVID-19 pandemic and what they are doing to encourage greater diversity and inclusion.

In addition to a heavy course load, Beard was an active student in the university community.  He served as the vice president of the Baptist Collegiate Ministry, where he also played in the worship band. He continued pursuing music as a hobby by playing with campus piano ensembles and singing with the University Singers.

“The product of not worrying but applying myself to things has led to a lot of success.”

Because of his involvement in numerous projects and student organizations, Beard turned to his faith for guidance and structure during times of stress. “Being in prayer and going to God’s Word have been really helpful to not be stressed and worried about everything,” he said. “The product of not worrying but applying myself to things has led to a lot of success.”

Beard’s next step is to join the family business at Discovery Partners Investment Center in Union City. He plans to become a registered financial adviser and sit for his CPA license.

“The experiences I’ve had at UT Martin have set me up for the future,” Beard added. “What I found out in Governor’s School, I found to be true. UT Martin can provide you with a high-quality education because of the professors and student relationships you build along the way.”