More than 100 students have attended college because of Bill and Carol Latimer’s financial support. When the Union City, Tennessee, couple saw a news story earlier this year that Ellie Puentes had to leave her New York college in April because of health issues linked to the COVID-19 vaccine, they wanted to change another life. Fast forward to August, and the 20-year-old from Chicago began classes this fall with her tuition, room and board fully paid by the Latimers as she attends the University of Tennessee at Martin. In addition to changing colleges, the first-generation college student has also changed majors with the goal to become an attorney and help those who experience similar circumstances.

Puentes is Mexican American, was raised in Chicago’s South Side, and considers her aunt, uncle and cousins as parents and siblings. She attended public schools until receiving a scholarship to attend and later graduate from a private high school. She excelled in academics and soccer in high school and began her college journey in 2020 as a pre-med major at another university. She was involved in orientation advising and guiding campus tours, so her life outside the classroom was busy. Then COVID-19 changed the world and life for Puentes.

The college required students to take the COVID-19 vaccine, and Puentes originally sought a religious exemption, which was denied. She reconsidered, decided to take the vaccine and had no related health issues with the first Pfizer dose. Such was not the case following the second dose, which she said caused her to become ill and eventually be hospitalized. Because of the reaction, including ongoing symptoms that she ties to the vaccine, she applied unsuccessfully for a medical exemption when the college required the booster. Attempts to plead her case with the college administration were unsuccessful, and she had to seek another college option.

Puentes returned home, and with the help of “The Thinker,” an independent, conservative online newspaper managed by University of Chicago students, Puentes’ story gained a platform and nationwide attention. Her story generated podcast appearances, and she was even interviewed by Fox News commentator Tucker Carlson. The Latimers were among those who saw her story in the media and have a special affinity for first-generation students. They decided to help by offering to pay Puentes’ way to attend UT Martin.

“Using the blessings that God has given us, we have been able to help over 100 young people get their college degree, and most have been first-generation students.”

“Carol and I wanted to show Ellie that there are other sections of the country where people not only tried to help students, especially first-generation students, get their degree, but they also have compassion for the needs of others,” Latimer wrote in an email. “Using the blessings that God has given us, we have been able to help over 100 young people get their college degree, and most have been first-generation students.”

At Bill’s request, the university reached out to Puentes, first through social media, followed by several more text-message exchanges and then a phone conversation that explained who the Latimers were and what they wanted to do. She delayed responding but soon received an Instagram message from university chancellor Dr. Keith Carver, which confirmed that the offer of assistance was legitimate. “Mom, I think they really want me here,” she remembered saying. A campus visit followed July 15, which helped her decide that UT Martin would be her choice for completing her degree. 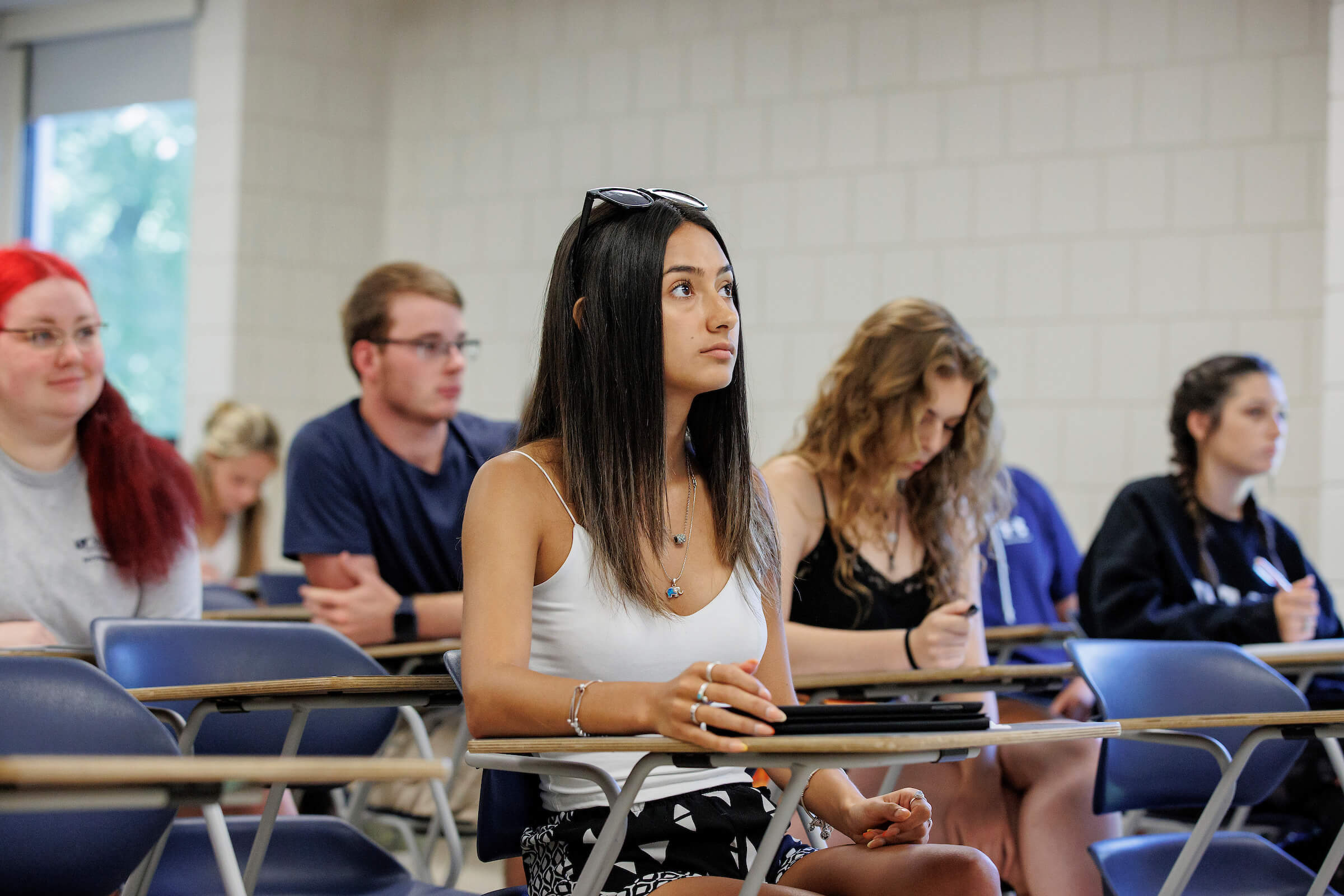 Puentes’ world has been anything but normal since April. Her Fox News interview even caught the attention of Florida Gov. Ron DeSantis’ re-election campaign. She subsequently received a fellowship to write for the campaign, and because she’s bilingual, she fills a campaign need to write in Spanish.

Through all of this, Puentes has learned much about herself. She’s always wanted to help people and becoming an attorney instead of pursuing the medical field will position her to assist those who have similar experiences. She also acknowledges that what has happened to her has made her tougher.

“I mean given the choice between education or your health, that’s an easy choice,” she said. “But I think getting out of that situation (at her former college) and sticking to my beliefs made me stronger because not a lot of people can do that.

“A lot of people cave in and then just follow what everyone else is doing. But being able to step out and be that one different voice so I can maybe make a change is something I did learn that I like to be a voice for others.”

In the end, Puentes is at UT Martin because of Bill and Carol Latimer’s generosity. She fully appreciates the gift that has changed her life.

“So, this has always been my goal to graduate from college, and they made this a chance for me to go to college and finish it up. So just ‘thank you.’”

“I’ve told them before, I’m very grateful for this opportunity and everything that they’ve done in getting me here and getting me back to college,” she said. “So, this has always been my goal to graduate from college, and they made this a chance for me to go to college and finish it up. So just ‘thank you.’”

Carver invites first-generation college students to stand at each university commencement. He sees Puentes as another example of a first-generation student who has found a college home at UT Martin. He also isn’t surprised by the Latimers’ generosity, which is evident in the university’s new Latimer Engineering and Science Building that was made possible through a matching gift by the couple.

“Bill and Carol Latimer repeatedly demonstrate that they care about education, and the gift of Ellie’s education is simply an extension of their generosity,” he said. “I expect to see Ellie take this opportunity and dedicate her life to helping many others like the Latimers have helped her. We couldn’t be more pleased to have her at UT Martin.”

During her first weekend in Martin, Carver and his wife, Hollianne, accompanied Puentes to the local Walmart to purchase school supplies and other necessities. Dinner at the Carvers’ home is coming, and Puentes plans to fully participate in student life. She knew only a handful of people when she arrived, but new friendships are ahead, and her younger brother might soon join her at the university from another college. Life has taken a positive turn in just a few short months.

A leap of faith brought Ellie Puentes to Tennessee, and she hasn’t looked back. “It (coming to UT Martin) was really just following God’s plan,” she said. “And I think God’s plan led me here.”